As an ISU senior, Northern Iowa came into Ames and thumped his Cyclones, 24-13, a week after they lost to Kent State in the 2007 season opener. 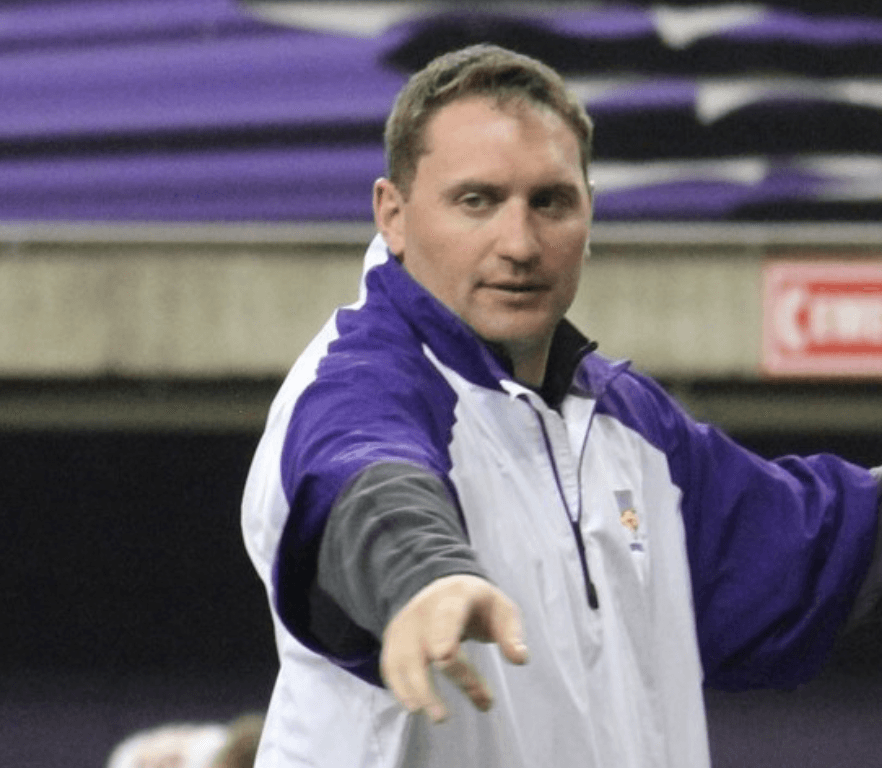 “He reminds me of that all the time,” Barkema said of Mahaffey, who was his foil at tight end in that loss to UNI. “Players on the offensive line, they know where I played, too.”

FBS. FCS. A difference of 22 scholarships (85 to 63) can’t neatly sharpen the blurred lines that always bleed into a season opener between the Cyclones and the Panthers.

They’ll tee it up again Saturday at 7 p.m. (Cyclones.TV) — and consensus FCS No. 5 UNI has won two of the past five meetings against Matt Campbell-led ISU.

“Culture,” like last season, has been the buzzword of the week. The Panthers possess a winning one. The Cyclones are seeking to brush the precious few positive embers from last season to rekindle one of their own.

“The confidence and the culture of that program is right,” Campbell said. “It’s right. Their kids play hard all the time. They have great consistency about themselves. … That team got better as the year went on (in 2015, reaching the FCS quarterfinals) and continued to get better and continued to make great strides. I couldn’t be more impressed with the opponent we’re playing. Their culture’s right, they’ve won big football games, they’re played deep into the postseason.”

Checkmate — on any level.

Still, let’s not forget ISU won this game 31-7 last season. But UNI quarterback Aaaron Bailey racked up 85 rushing yards, as well. The only thing that bogged the Panthers down? Bailey’s errant passes.

The Cyclones gained 310 yards to UNI’s 302. Not explosive. Just enough. ISU outscored the Panthers 21-0 in the second half, giving it one of its three wins out of seven games (ouch, again) in which they were tied or led in the fourth quarter.

So-called “culture” carries you through such trials later in the season. Paul Rhoads revived some of it, but not enough to prevent a tailspin in 2015.

ISU was good enough to win at least five games last season, but finishing — outside of the UNI game — didn’t morph into a habit.

The Panthers, meanwhile, started 2015 with a 2-4 mark. They finished 9-5, stopped only by five-time defending FCS national champ North Dakota State in the quarterfinals.

So culture stands front and center on Saturday. It means more than you reckon — and here’s what ISU defensive coordinator Jon Heacock thinks of UNI’s.

“I think it’s just the Northern Iowa thing,” said the former Youngstown State head coach. “And (coach) Mark (Farley) obviously. They just have culture. They have winning culture. They’re tough, they’re physical. Shoot I was at Youngstown when Terry (Allen) was the coach at Northern Iowa … They have a culture of winning. They expect to win. They physically try to punish you and they have great players and they’re well coached. So they have the culture that it takes to win and that’s why they do.”

It matters in this game.

We all know that Bailey’s fast and slick. The only way to curtail his production hinges on sequestering him in the pocket.

Wild card: His new quarterbacks coach is former Kansas State star Collin Klein, who knows a thing or two about poise. Passing? Not sure he can help Bailey much that way, but he presents a fine example of maximizing potential.

“He brings a lot of stuff that we’ve done with Aaron Bailey and that he’s done,” Barkema said. “Looks, things like that. The same plays. That’s probably been great for Aaron to see.”

And that’s not all. Prestige commands attention. Sometimes it breeds improvement, too.

“‘Hey, we’ve got a guy who was third in the Heisman (Trophy voting) who’s not that far out from playing and is in a very similar situation as you and is basically your mentor,” Barkema said of the Klein/Bailey relationship.

*** Saturday will be fun, with another huge crowd prepared to rile up the team regardless of what super-secret entrance music is utilized.

“Stay poised and just have fun,” said ISU quarterback Joel Lanning. “Don’t let the game be bigger than what it really is.”

*** Star back Mike Warren will begin the season as a marked man, instead of a second-string also-ran who gained a meager 19 yards on six carries in mostly mop up duty in last season’s opener.

“Knowing that they’re going to be coming makes me want to work harder,” the Cyclones’ preseason all-Big 12 rusher said.

*** FCS, FBS give us a break. The season has arrived, Saturday’s a true test, and it’s great for the state. Our collective culture is stronger and richer because this series persists, despite its perils for the “big school.”

For one who’s been on both sides, therein lies the rub — until the whistle blows.