Everybody is optimistic about the future of Cyclone football. When you combine the energy that Matt Campbell’s staff has brought to the program along with the recruiting successes along the way, it’s impossible to not be.

But what about this season – the 2016 campaign that begins on Saturday via a 7 p.m. kick vs. UNI (on Cyclones.tv)?

Naturally, we have spent the last month or two picking out the different holes in Iowa State’s roster.

— The offensive line is a big one.

— Even if you like the defensive line (personally I do), there still isn’t enough proven depth there to make a guy feel completely comfortable. I have no clue what to expect from the linebackers.

— I really like Tom Manning but Iowa State’s new offensive coordinator has never called a play at this level.

I could go on but that isn’t the point of today’s column. Despite a summer full of hearing about why the Cyclones can’t win right away, there are plenty of reasons why they can and that’s what I am here today to explain.

Here are five reasons to be optimistic about the season.

This one was easy. Within this duo, Iowa State boasts two of the top 10 skill players in the entire Big 12. Warren set freshmen rushing records last season and hardly played in the first two games. Lazard, a Preseason First Team All-Big 12 and Biletnikoff Award Watch List honoree, has a chance to be Iowa State’s all-time leading receiver when it’s all said and done. He will likely start collecting Iowa State records during the middle of this season.

Get excited about watching these two in 2016. 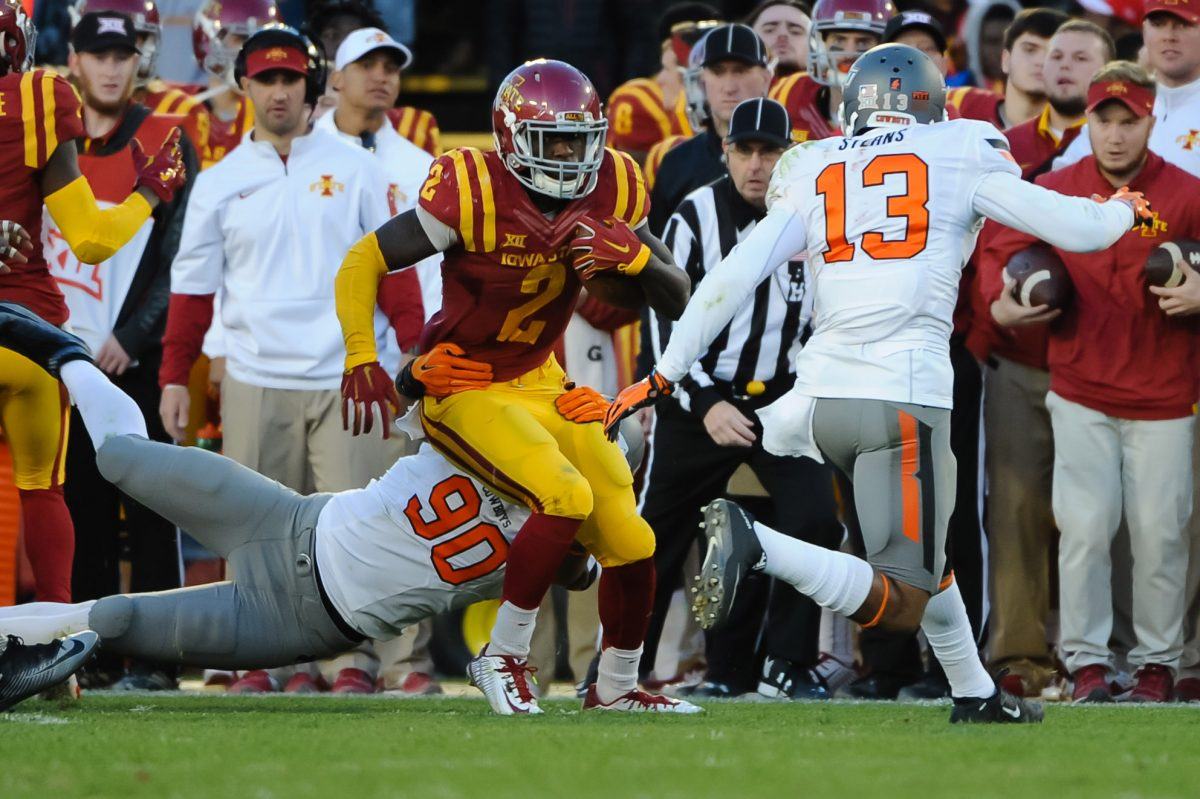 2 – Lanning is a captain

Junior quarterback Joel Lanning still has a lot to prove when it comes to his throwing accuracy but off the field, he had a great offseason. The Campbell staff has done but rave about Lanning’s leadership abilities and last Friday, he was voted as a team captain – something you always want your starting quarterback to be.

At the Big 12 media days in July, we knew that this group would be good. At that time though, we didn’t realize how deep the group would eventually be. Guys like Duke transfer Evrett Edwards and mid-year JUCO Thadd Danniels have stepped up and had huge camps. D’Andre Payne could be one of the top breakout defensive players in the Big 12 this season. Iowa State has three legitimate Big 12 cornerbacks and perhaps the best free safety in the league in Kamari Cotton-Moya.

Call me crazy, but I see some real opportunities for upsets in this bad boy. Getting a distressed Baylor program at home immediately comes to my mind.

This year in the Big 12, I think you have three teams (OU, TCU and OSU) and everybody else.

I think Iowa State will be favored against Kansas and Kansas State.

Do games against Texas (questions ate quarterback), Texas Tech (no defense) and West Virginia (will Dana Holgerson even be employed on the final week of the season?) seem that daunting?

If Iowa State has improved in the offseason (which they should have), the Cyclones should have a chance to make some noise against the middle and lower tiers of the Big 12.

It doesn’t always happen, but it usually does.

Even off the field, how jacked will you Fanatics be on Saturday night in Jack Trice Stadium?

We all loved Paul Rhoads (well, I did), but there is a certain freshness that comes with a new staff that gives an entire program a new lease on life. The way Campbell’s has recruited has only built up that momentum.