1 – I take it you saw the Jake Campos headline this morning?

Per a source, Jake Campos indeed suffered serious leg injury this weekend. Likely out for season but program open to return if possible.

Also, I expect Matt Campbell to put out a release on the Jake Campos injury later on today. Should know more pretty soon.

Campbell statement: “Campos suffered a lower leg injury yesterday in practice.He is out indefinitely and there is no timeline on his return.

Now, I’ll do what I can to analyze a slippery situation for Iowa State’s offensive line heading into the 2016 season.

2 – Somebody has to replace Campos. Junior Shawn Curtis will likely start off as that man.

What do we know about Shawn Curtis? 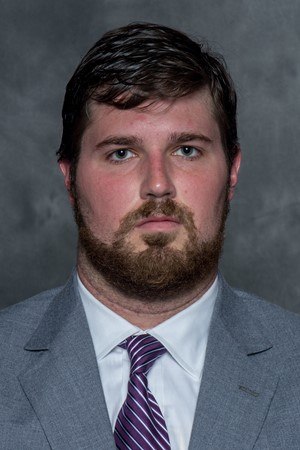 Listed at 6-foot-5, 295-pounds, Curtis is a good looking kid who arrived at Iowa State midway through his senior season of high school a few years ago to get a head start on the college game. At that time, he had a ton of promise and the Rhoads staff absolutely loved him. He just has never really broken through on the two-deeps until this offseason – and that’s ok. That’s actually how it should be. You don’t want freshmen playing on your offensive line in the Big 12 for two reasons: 1) They generally don’t do very well and 2) it tends to wear them down early, which in return makes them injury prone later during what should be the most productive years of their career. Daniel Burton’s career is the golden example.

So opposite of Jaypee Philbert, I am anxious to see what Shawn Curtis can do at this level.

I also fully expect two redshirt freshmen, each of whom the Campbell staff adores, Julian Good-Jones and Bryce Meeker, to get a strong look on the outside.

Also, birdies are already chirping that true freshman Sean Foster has a real chance to play as well.

3 – For what it’s worth, Matt Campbell’s next media availability is on Tuesday morning at 11:30. Although, with how the news has already gotten “out there,” I wouldn’t be surprised if some sort of statement is made today either.

4 – On media day, I had a side conversation with an assistant coach that I thought you guys might like. We were talking about recruiting philosophy and for one reason or another (I honestly don’t remember what topic we were on), I said something like: “Yeah, but Iowa State doesn’t really recruit that caliber of player very often so it isn’t that big of a deal.”

This specific assistant coach interrupted me.

“Iowa State didn’t recruit those guys in the past,” he said. “We have been and will continue to do so going forward though.”

The conversation went on from there.

5 – If you are excited about football, I welcome you to join us on Saturday night at BenchWarmers for our annual Cyclone Fanatic season kickoff party. As always, we will be giving away a free pair of Iowa State season tickets via a drawing. The party is set to begin at 5 p.m. with prizes being handed out at 8. Be ready for a night of fun Cyclone conversation, great food and cold beer.

Everybody is invited, so feel free to RSVP on our Facebook event HERE.

I thought that this piece that ran in the Oklahoman over the weekend was interesting.

To be clear, the idea of a Big 12/Pac-12 or SEC merger is a continuation of the developing idea that eventually all of the Power-5 conferences will exist under one umbrella (when it comes to television contracts) much like the NFL.

Personally, I think there is a better chance of this being what college football looks like in 20 years compared to the four, 16-team conferences.

It just makes more sense for everybody involved.

Over the next decade, my guess is that attendance numbers will continue to drop across the board and the need for more regional games will grow. The current situation happening at Nebraska right now is a great example.

The current conference setup – where geography means nothing – does not help that.

Plus, television (and more importantly, television contracts) will continue to change. College football will always have a home, but will need more leverage in the future to garner the type of money it is seeing today. Eventually, this bubble is going to burst.

Tramel’s merger idea is fresh and forward thinking, but it is likely a good 10-15 years away from happening.

7 – Cincinnati got a prominent Big 12 endorsement over the weekend.

Meyer is notably an alumnus of the school.

Let’s make this very clear right now that this endorsement means absolutely nothing. But the recruiting aspect of it does interest me. When it comes to finding high school talent, the state of Ohio is STACKED – probably top five in the country.

If the Big 12 adds Cincinnati (and this is one of the main reasons why it should add Cincinnati), it will not only acquire a proven athletics department but will gain a recruiting footprint in one of the plushest areas of the country.

Having said all of that, I really doubt that in the state of Ohio, Urban Meyer feels threatened by anybody on the trail.