1 – Did Iowa State just snag commitments from its two starting defensive tackles in 2017 on Sunday?

Less than a week after picking up Kam White (who due to skillset, competition and location, I think is one of the most impressive commitments that Iowa State football has ever gotten), Matt Campbell’s staff secured two junior college defensive tackles whom if they stay the course, could very well lead the Cyclones up front in 2017.

All 310-pounds of Ray Lima chose Iowa State over Oregon, Arizona and others.

With the commitments, Iowa State’s recruiting class ranking jumped to No. 33 according to 247. Meanwhile, the Cyclones are currently ranked third in the Big 12.

In my decade long career of covering recruiting, I can honestly say I have never seen anything like this.

Now, the chore for Campbell and Co. is keeping these guys as the poachers are sure to come later in the process.

Character, toughness, Elite up the middle! Huge pick up for the Cyclones! #CycloneSquad17 #AStormIsBrewing pic.twitter.com/SQdjw69EdK

2 – There is SO MUCH momentum in the program right now. It is refreshing and borderline ridiculous.

I do have a fear though: It’s fans jumping off of the bandwagon if the season doesn’t go exactly as planned. I think that Iowa State will win some games this year and show improvement along the way but Campbell is obviously going to need some time. Iowa State’s starters in 2016 are fine. You can win with those guys. But across the board, depth is a major concern. In between all of the recruiting excitement this offseason, there has also been a LOT of attrition.

3 – Shameless plug: Brent Blum and I recorded part one of our annual football preview podcast on Friday night. You can listen to it by CLICKING HERE. Part two will be up in a few weeks as we get closer to kickoff.

4 – One more shameless plug: I developed this new Facebook page a few months ago and haven’t done a whole lot with it. I plan to change that now that the season is starting. What you will get with it: Big 12, Big Ten, pretty much anything interesting in college sports. Fun, pop culture stuff too. It will be themed around Iowa State, of course. It will basically be my radio show on Facebook. Click LIKE if you don’t mind.

5 – The next few weeks could very well spell out the future – good or bad – for the Big 12 Conference. Even if you’re not into it, if you love Iowa State, I advise you to keep a close eye on expansion.

My prediction: The Big 12 will add two programs instead of four to attempt to appease its television partners, FOX and ESPN. With that, maybe, just maybe, an extension of the league’s grant of rights will come with it.

For what it’s worth, I believe that much of what we read last week about the television partners being upset was posturing, much like the Big 12’s threat to grow to four. This is high stakes poker. Nobody is going to be 100 percent honest through the media right now.

As I have obsessed about over and over in this space, a grant of rights extension is really all that matters for Iowa State.

With expansion of any sort will come football divisions, which is exactly what Matt Campbell’s program needs. But without a new TV deal and an extension of the grant of rights, I see expanding to 14 nothing but a big cash grab before the league becomes extinct in 2024 – if not earlier. Uncertainty will be bad for recruiting. Security is key.

I don’t think that the league can go wrong with BYU, Cincinnati or UConn. To me, all of those programs would strengthen the brand of the Big 12 in their own ways. I have long been on the record that BYU is easily the most attractive candidate and I believe that television executives would back up that claim. From market size to competitiveness to academics, Cincinnati is a solid fit across the board. UConn’s basketball brand is similar to the conversation that other leagues would and should have about taking Kansas: too stout to pass up (plus you’re eliminating that option from the ACC).

To me, Houston is fourth (although I like the aspect of the Big 12 re-claiming that area of Texas from the SEC), but it sounds like Texas politics will ultimately win out. 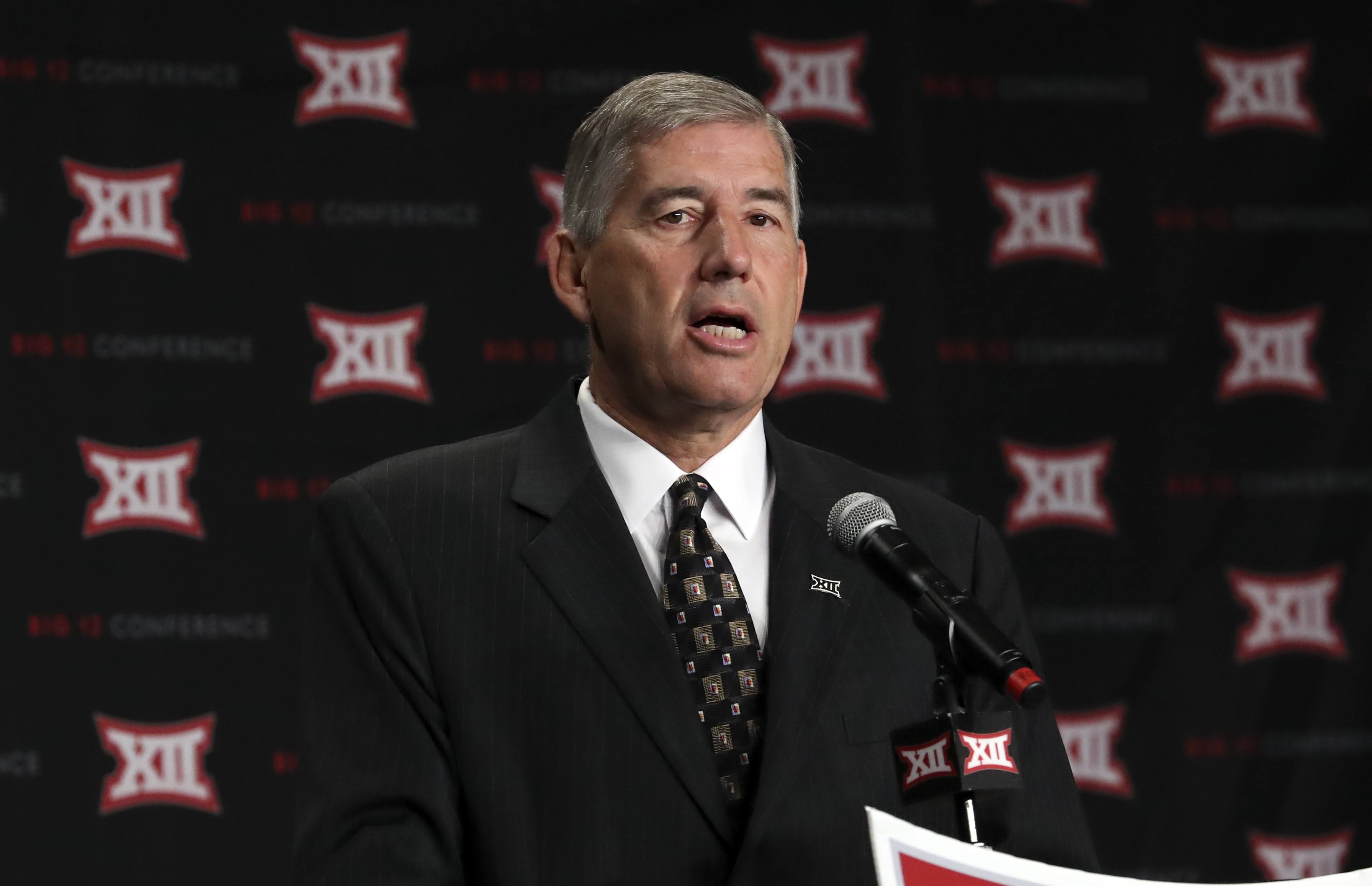 6 – One more question on expansion, which nobody has really been able to clarify for me…

Hypothetically, let’s say that Houston is one of the additions and that grant of rights does NOT get extended. Let’s say that in five years, Texas has its eyes set on joining the Big Ten. Would Texas politicians really allow the Longhorns to dash from the Big 12 and therefore leave TCU, Baylor AND Houston (and even potentially Texas Tech) all without homes in the next era of college football?

I have my doubts, but I guess we will see.

7 – For college football fans, here’s a really good read on Nebraska’s legendary sellout streak being in jeopardy and the overall attendance program within the sport. I found it to be fascinating.

8 – Iowa State basketball will likely get some great news tomorrow: At 5 p.m., four-star forward Terrance Lewis (out of Milwaukee) will announce his decision. It’s down to Iowa State (where he visited last weekend), Marquette, Illinois and UNLV.

It would no doubt be a great start for a critical, six-man 2017 recruiting class for Steve Prohm.