AMES — New Iowa State football coach Matt Campbell knew right away something needed to change with the roster that he had inherited from Paul Rhoads.

The Cyclones had some elite talent and quite a few players with big-time potential, but the lack of depth was a serious issue. Even the depth they did have, wasn’t all quality.

So Campbell and his staff started to clean house. They dismissed players from the team. Others left to pursue different opportunities. A few hung up the cleats due to injury.

All the while, Campbell was hard at work turning over every leaf trying to find guys that fit their program.

“My job as the head coach and our recruiting department is like a GM in the NFL, really,” Campbell said during his media day press conference. “The NFL has so many guys that are allowed to come in camp and, obviously, they cut their roster down to what they do. College football we’re only allowed to bring 105 guys into fall camp. My job to do is to scour the Earth and do as good a job as I can to find the best 105 that can represent what our expectations of our football team look like.”

Graduate transfer defensive back Evrett Edwards had never been further west than Chicago before last spring. The Woodbridge, Va., native had been up and down the east coast, but he had never been to the Midwest.

That made last spring’s trip to Ames, Iowa, a bit of an unknown. The Duke transfer was looking for a new home, and this group of new coaches at Iowa State had gotten him thinking.

Could he find the place to call home in the middle of Iowa of all places?

“Coach (Jon) Heacock and Coach (Matt) Campbell played a big role in my decision to come here,” Edwards told Cyclone Fanatic at Iowa State media day on Tuesday. “Coach Campbell, his vision for the program and the direction he’s taking it. Coach Heacock and the conversations we had when I came on my visit were amazing.”

Edwards wasn’t the first and wouldn’t be the last guy attracted to the middle of Iowa by Campbell’s crew. He’s one of a handful of players on this year’s Iowa State roster that previously spent time in another Power 5 program.

They all had the same thought before they came.

D’Andre Payne knows his journey has been different than most college football players. 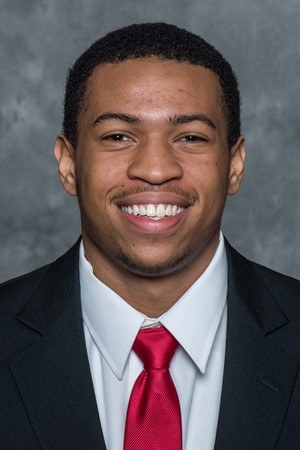 He was a four-star recruit out of high school when he signed with Tennessee over Michigan, Ohio State, Florida State and the rest of college football’s top programs. He played in eight games and recorded four tackles as a true freshman.

He needed a change of scenery though, so he transferred to Maryland for a short while. When that didn’t work out, he headed to Arizona Western Community College, where he sat out the 2015 season as a redshirt.

It was there that he met the young, energetic head coach of the Toledo Rockets — Matt Campbell.

“I was blessed to be able to get in contact with this coaching staff when they were at Toledo,” Payne said. “When they decided to come here everything just transferred over. I just wanted to be with Coach Campbell wherever he went.”

Brian Bobek never thought he would finish his college football career somewhere besides Ohio State before he started his freshman season in Columbus. The high school Army All-American had been one of the most highly sought offensive linemen in his class. 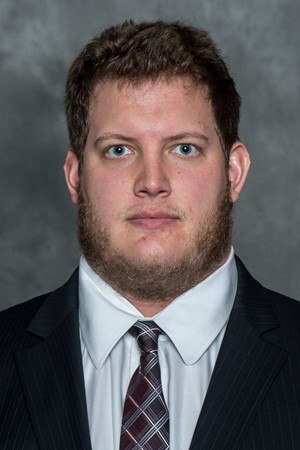 He played in two games and lettered for the Buckeyes in 2011, but it wasn’t the right spot for him. He transferred to Minnesota and redshirted in 2012. A heart aliment struck in 2013, which kept him off the field for the second year in a row.

The 6-foot-2-inch, 290-pound senior played three games in 2014 before an injury cut his season short. The same happened in 2015 after starting the first five games for the Gophers.

He went through Minnesota’s pro day, but was encouraged to play another season of college football, so he set out to find a new home.

“You know, when I was at Ohio State for my first year, I didn’t think there was any way I’d end up anywhere but there,” Bobek said. “Sure enough, I end up at Minnesota, and then the same thing there. I wouldn’t have thought I’d end up anywhere but there. I never would’ve thought transferring twice would be the road that I went but, you know, it is.”

Marchie Murdock heard from Iowa State everyday after he made the decision to graduate early from Illinois and find a new school. He started hearing from ISU tight ends coach, and former Illinois assistant, Alex Golesh regularly.

The Iowa State staff was doing anything they could to make sure the 6-foot-1-inch, Arlington, Texas, native knew he was wanted at Iowa State. He could play a bigger role than the 20 receptions, 194 yards and three touchdowns he’d tallied during an injury hampered sophomore season in Champaign.

“It caught my attention so I came and visited for a couple weekends,” Murdock said. “Just really liked the atmosphere. I really liked how the fans support the team. At Illinois, we never really had a sellout home game. They say for the last 10 or 15 years, it’s been sold-out every Saturday, so that’s something new I’ll be able to experience.” 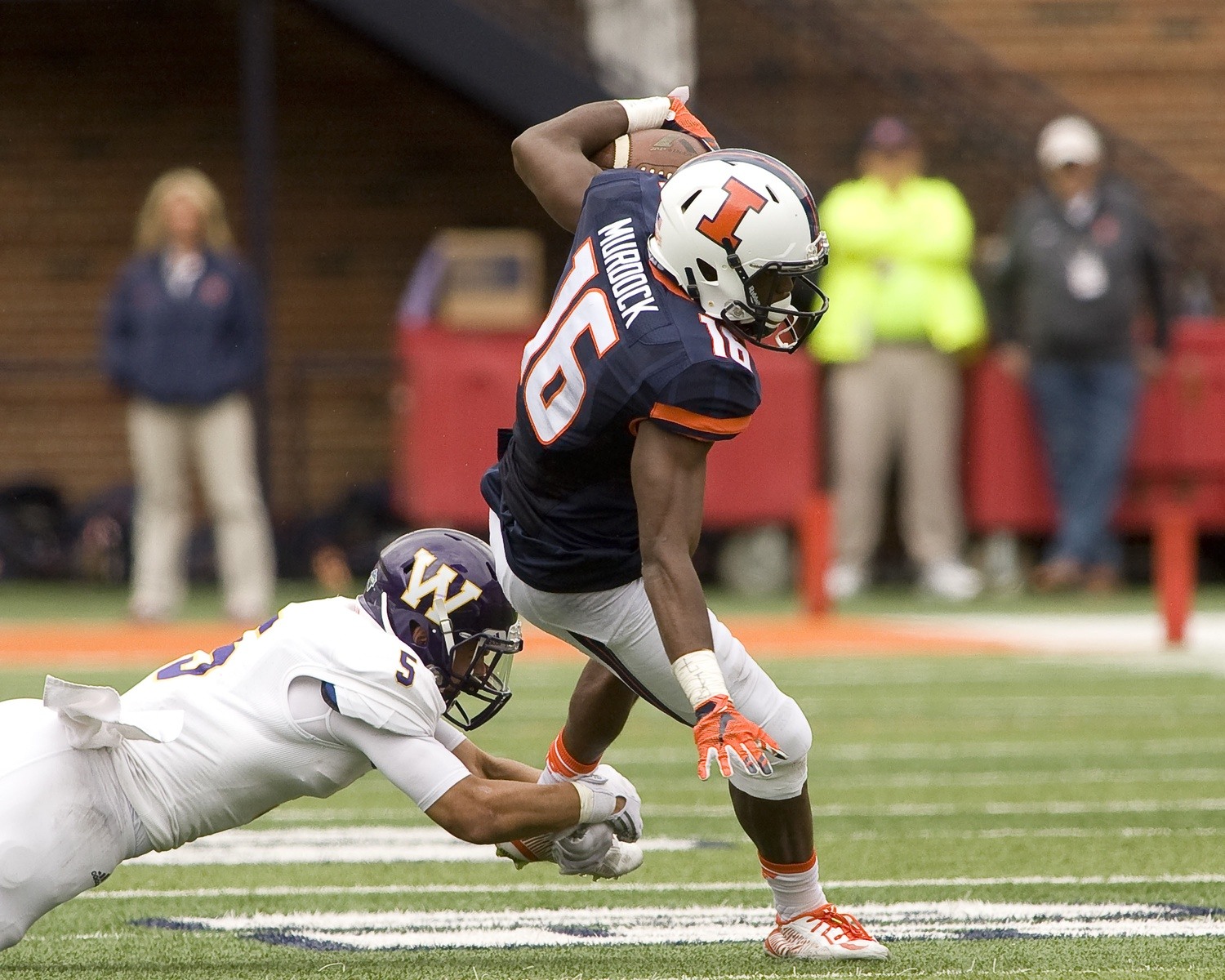 This likely won’t be the way Campbell builds his roster every year.

They will do what they can on the transfer market, but it isn’t going to be the focus that it was during his first offseason in Ames.

That said, the transfer game was kind to Iowa State in 2016. The staff pinpointed needs and for the most part, they were able to fill them with guys that had college football experience.

“Do I think we’ll have some of these late things that have occurred? Maybe, maybe not, going forward,” Campbell said. “I thought it was really important for us to get our roster to where we can give ourselves the best depth that we possibly can. I think that’s what you see, really great football teams have great depth. Injuries are going to happen in college football, but when those injuries occur, it can’t be an implosion of success amongst your football team. That’s what we have to continue to do. Are we there yet? We’re not.”

Bobek immediately targeted a handful of schools as potential homes. He was looking for an opportunity, and a coach, that was going to help him reach the lofty goals he had set for himself.

Iowa State was one of the top schools on that list, and lucky for him, the interest was mutual. He was on campus for a visit within a week of the staff getting in touch with him.

This was the answer to the staff’s prayers of adding depth to an offensive line that was pretty much decimated by attrition. He brings the steady-hand, the veteran leadership and the experience that is so highly coveted up-front.

“I think I’ve been through a lot,” Bobek said. “I think I have a lot of experience and perspective on things. I think that you can never have enough experience and older guys to help bring the younger guys along. I know that always helped me a ton when I was a younger guy, so I definitely think that’ll add to the offensive line.”

Mackenro Alexander didn’t even realize how close Iowa State was to his brother, Minnesota Vikings rookie defensive back Mackensie Alexander. It hadn’t even crossed his mind that his twin would be only a few hours away.

All that the 5-foot-11-inch, defensive back was thinking about was finding a new home after leaving Auburn and landing at Northeast Mississippi Community College. He had lettered as a true freshman for the SEC champion Tigers in 2013, but redshirted in 2014.

He recorded 29 tackles, two and a half for loss, plus three pass breakups in seven games at the JUCO level. He got in touch with Iowa State’s assistant director of scouting Mark Thurston to get his foot in the door.

“I could just picture me on this team,” Alexander said. “I had a sense of, just a different type of feeling. Coach Campbell, he’d just got hired and I knew what he did at Toledo so I was kind of excited to play for him. This is the Big 12, I know they throw the ball a lot. I was excited just to attend this school.”

Every guy mentioned brought it all back to the same person when talking about the decision to come to Iowa State. They all wanted to talk about Matt Campbell.

The guy who on Tuesday compared himself to an NFL general manager is also an expert at painting the picture of his vision for Iowa State. He is good at selling his product and that’s what draws people to him.

“I could tell that good things were happening here,” Bobek, who walked-on in order to join Iowa State’s program, said. “It seemed like a good opportunity to join something special.”

Former four-star recruits don’t just randomly decide to walk-on at schools that have about as much football success as the state of Iowa does mountains. There has to be something, or someone, that shows them there is something happening here — or brewing as the coaching staff might say.

That someone is Matt Campbell and the whole process started because he looked at his 105-man roster and knew something needed to change.

“I don’t know what I would say to be honest with you,” Payne said when asked what he would’ve said a few years ago about finishing his career at Iowa State. “Everybody’s process is different. Never would I have thought that I’d be here, but I’m just blessed. I’ve loved every moment that I’ve been in Ames and I’m looking forward to our future.”