Steve Prohm offered a 2017 Chicago point guard over the weekend.

As we wrote about last week, Elijah Joiner is an under-the-radar, 6-foot-3 prospect who Iowa State really likes at this point in the process. At the end of last week, Steve Prohm evaluated him and recently pulled the trigger. 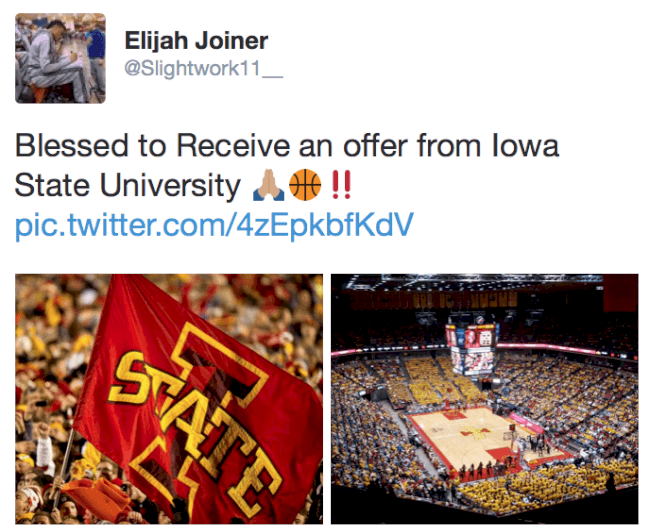 Joiner might not be a hidden gem for too long. It sounds like Xavier and DePaul are showing heavy interest as well. Others will likely follow.

As of now, you have to think that Iowa State is in a good position though.

Daniyal Robinson, who knows the Chicago recruiting territory very well, has headed up Joiner’s recruitment for the Cyclones.