Here are the biggest position battles on each team in the conference going into Big 12 media days. 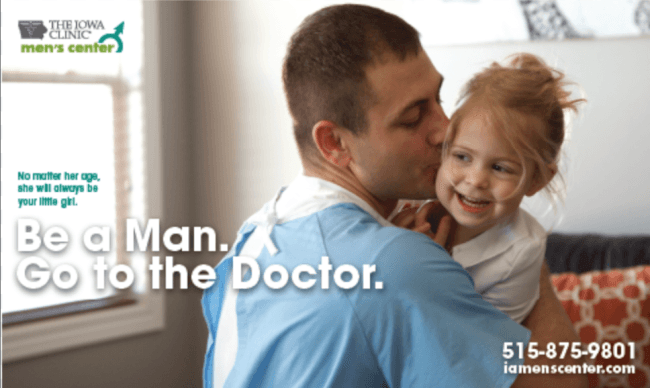 The Bears have to replace dominant defensive tackle Andrew Billings and new coach Jim Grobe will have a tough call with two candidates who are strong replacements. Baylor brings in one of America’s top JUCO transfers in Jeremy Faulk. However, Baylor also has Byron Bonds who has 19 career starts underneath him.

The Cyclones’ linebacking crop was expected to be Willie Harvey and Jordan Harris. That isn’t the case anymore as Harris decided to up and transfer to Louisiana Tech. With Harris deciding to leave Ames, it leaves a massive hole in a position that is seen by many as the weakest spot on Iowa State’s defense. So who will battle it out for the newly open starting linebacker job? The most likely candidates are senior Kane Seeley and freshman Tymar Sutton. It will be interesting how this plays out until the Cyclones step onto the field at Jack Trice when they take on the UNI Panthers on Sept. 3.

Ryan Willis showed flashes of potential during his freshman season last year. But Willis threw more interceptions (10) than he did touchdowns (nine). And with that, former starter Montell Cozart, who started four games last year before a season ending shoulder injury, returns. Also to note, the Jayhawks are bringing Cozart to media days, which might signal that he will be their quarterback in 2016.

Texas wasn’t the only Big 12 team that was plagued by disastrous quarterback play. Last season, two quarterbacks went down with season ending injuries for the Wildcats and it forced them to go with walk-on Joe Huebner as the main starter. Huebner was not great to say the least, as he only completed 47.6 percent of his passes last season. But Kansas State will getting back Jesse Ertz and Alex Delton – the two quarterbacks who went down with season ending injuries – this year. So far, Ertz is the leader for the starting quarterback position in Manhattan.

Horned Frog newcomer, quarterback Kenny Hill was voted as the preseason Big 12 Newcomer of the Year by the media. Despite that, head coach Gary Patterson has said the quarterback situation in the Dallas-Fort Worth hasn’t been decided yet. Although Hill will probably wind up winning this battle, Foster Sawyer is giving him a run for his money. Sawyer has seen some action in the purple and white, most notably when he almost led TCU to an upset victory against Oklahoma. However when Hill is on his game, he can be a legit Heisman contender. Just take a look of his Texas A&M early days.

This one should surprise no one. The Longhorns’ quarterback play last year was abysmal. Starters Tyrone Swoopes and Jerrod Heard both found little success last season and that means Texas will entertain another quarterback battle between Swoopes, Heard and highly touted gunslinger Shane Buechele, who impressed during the spring game.

During the offseason, the Red Raiders had to dismiss leading, returning tackler Dakota Allen due to off-field issues. And with that dismissal, Texas Tech’s middle linebacker position is wide open. The two likely candidates to replace Allen is Houston transfer Luke Strice or freshman Johnathan Picone.

The team still that was selected to win the Big 12 championship still needs to figure out who will replace All-Big 12 cornerback Zach Sanchez. The two candidates to replace the ball hawking corner is Dakota Austin and P.J. Mbanasor. Last year Mbanasor struggled while Austin impressed, he recorded 25 tackles, two interceptions and three pass breakups in limited playing time. However, Mbanasor is a bigger, more physical corner then Austin, as he stands at 6-foot- -two inches taller than Austin – and weighs 30 more pounds than Austin as well. Whoever wins this competition will probably see a lot of balls thrown their way this year because Oklahoma returns the other three secondary starters from 2015.

The Cowboy rushing attack last year was lacking, averaging only 126.8 yards per game on the ground. That was good for No. 107 in the nation. The Cowboys do return 2015 starter Chris Carson but his job isn’t safe as they bring in Barry Sanders Jr. as a graduate transfer from Stanford. It will be interesting to see if Oklahoma State goes with the starter who averaged a low 3.9 yards per game last year or with the familiar name but new face as the main back in 2016.

The Mountaineers lose both starting corners from last season. So far, it seems like 6-foot-2 Rasual Douglas will take over one of the starting spots. But the other starting position is still up in the air. The two players vying for that spot will be Miami (FL) transfer Antonio Crawford and longtime backup Nana Kyeremeh. Whomever Dana Holgorsen goes with, they will bring experience as Crawford played in 38 games at “The U” while Kyeremeh has appeared in 30 games in Morgantown.