1 – I don’t remember a year when so much positive came out of the annual Big 12 spring meetings.

While most of what came from Friday’s big press conference (a championship game, new revenue numbers, signs of solidarity) is one big Band-Aid and there are still issues to address, it was still refreshing to read positive headlines about the Big 12 over the weekend.

2 – Going forward though, revenue is going to be a concern (in terms of staying competitive with the SEC and Big Ten) and here’s why.

While on Friday I wrote that the biggest news to come out of Dallas was the $30.4 million paycheck that each Big 12 school received in 2014-15, don’t forget that the Big Ten is on the tail end of its current television contract.

Last month, Sports Business Journal reported that FOX had agreed to purchase half of the league’s tier-one rights worth $250 million a year (starting in 2017). I reached out to my friend Jon Miller (from HawkeyeNation.com), who is really good on realignment/business stories, and he’s projecting that when the B1G’s new deal is done, it will be worth in the ballpark of $50 million per school. Some outlets are projecting more than that.

Think about that: Rutgers could be making $60 million a year in television rights. What a time to be alive.

Right now (and I stress right now), the Big 12 is in good shape.

What about three or four years from now?

3 – This is where possible Big 12 expansion comes into play.

Dennis Dodd’s reporting on this has been second-to-none, so here’s a screenshot of what the veteran CBSSports.com reporter has on what adding four teams to the league could be worth.

4 – Let’s say that in a hypothetical world, the Big 12 adds Cincinnati, Memphis, Houston and BYU. Per the Dodd report, it would be worth a cool billion dollars now (and could also screw up the Big Ten’s plans as well).

But what about the next Big 12 television contract? Would growing to 14 (pick any collection of schools that you want) dilute the brand and cause everyone to make less money later on?

6 – Also, keep an eye on the ACC and its looming network with ESPN. Will this ever happen? Are any of those schools getting uneasy? How could this eventually impact the Big 12? Let’s say (again, strictly a hypothetical) that the Big Ten raids the ACC (because those schools will go to the Big Ten before they will the Big 12), at the very least, Bob Bowlsby and Co. would be in line to pick up some quality leftovers.

For what it’s worth, I do not believe that the Big Ten is done expanding. There is another round of realignment coming the closer we get to 2025.

7 – My guess is that in 15 years, this whole thing is going to be blown up anyway, but that’s another column for another day.

It’s hard telling the type of impact Murdock will have in 2016 but with the offseason departures of D’Vario Montgomery and Jauan Wesley, gaining some experience at this particular position is a very encouraging sign. 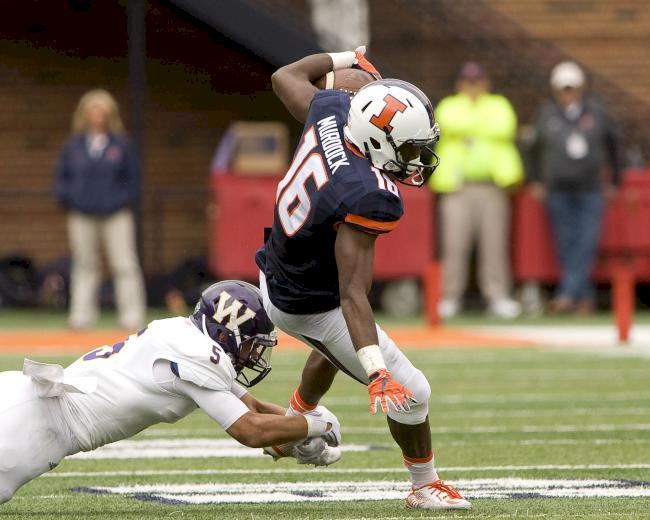 9 – Great job by our Jared Stansbury for his coverage of Iowa State’s “Saturday Night Lights” camp this weekend at Jack Trice Stadium. Look forward to more of his football recruiting coverage in the coming weeks.

10 – More props to another great journalist in our market, Tommy Birch from the Des Moines Register. I thoroughly enjoyed his series of pieces on Paul Rhoads from over the weekend.