Iowa State’s wide receiver depth took a hit earlier this week when it was announced that Jauan Wesley had been dismissed from the team. On Sunday, the situation might have changed. 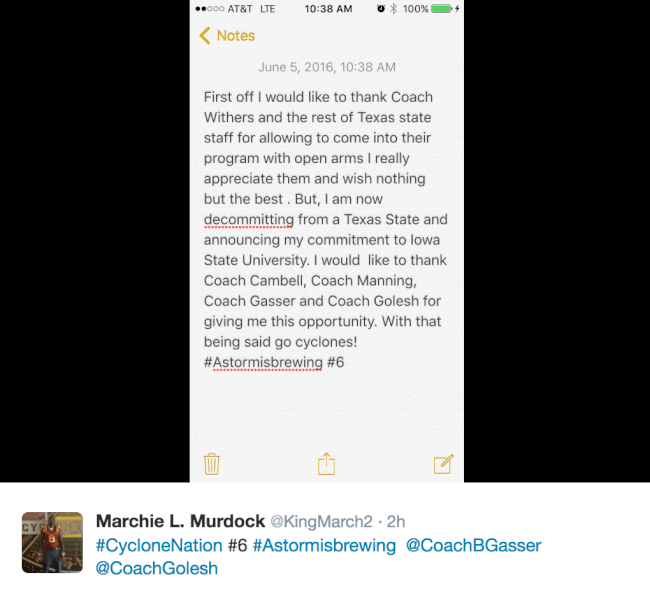 The 6-foot-1-inch, 195 pound, wideout caught 20 passes for 194 yards and three touchdowns as a sophomore last season for the Illini.

He is eligible to play immediately this fall.