Iowa State’s recent recruiting momentum did not take a break this weekend.

On Saturday morning, the state’s top linebacker tweeted out his commitment to the Cyclones. 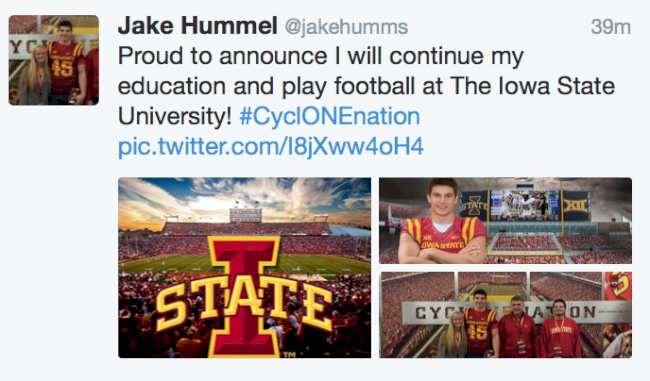 Jake Hummel is a 6-foot-2, 210-pound inside linebacker out of Dowling Catholic in West Des Moines. He recorded 65.5 tackles during his junior campaign with four sacks as well.

Hummel’s father, Perry, wrestled at Iowa State from 1980-1982 where he was a three-time All-American.

Scout, Rivals and 247 all rank Hummel as a three-star prospect.