On Monday, Iowa State signee Emmanuel Malou sent waves through Cyclone Nation when it became public that he had filed his paperwork for the NBA Draft. Malou was one of the nation’s top junior college prospects in the country before choosing the Cyclones over Kansas. 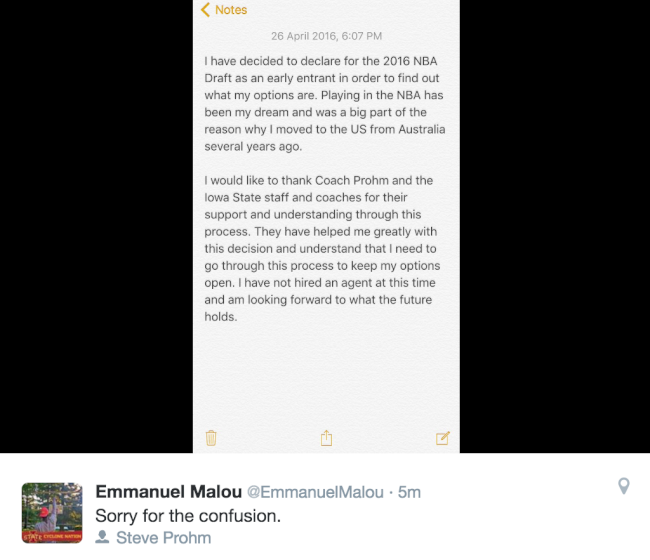 Malou will have until May 25 to make his final decision.