At the time, the two Wisconsin natives were working their way up the basketball coaching ladder. Bennett was an assistant to his father at Washington State, a program that he would eventually take over. Otzelberger, then a young and boisterous bachelor, was an up-and-comer working the AAU trails in southern California.

“There was a really cute girl who worked at the hotel who he had met,” Otzelberger said following Iowa State’s second round NCAA Tournament win over Little Rock. “He told me that I needed to come to the hotel to meet her.”

Bennett, Otzelberger concluded, was framing him for a blind date. Otz — who was in his mid-20’s at the time — declined, and then the real fun began.

“He had his wife call and act like that girl,” Otzelberger said. “For about 30 minutes he had me on the phone with his wife acting like this girl playing jokes with me saying, ‘Don’t you think Tony is good looking?’ and stuff like that. At the end of 30 minutes, his wife revealed who she was and Tony bursted out laughing. It’s a story that we’ve joked about ever since.” 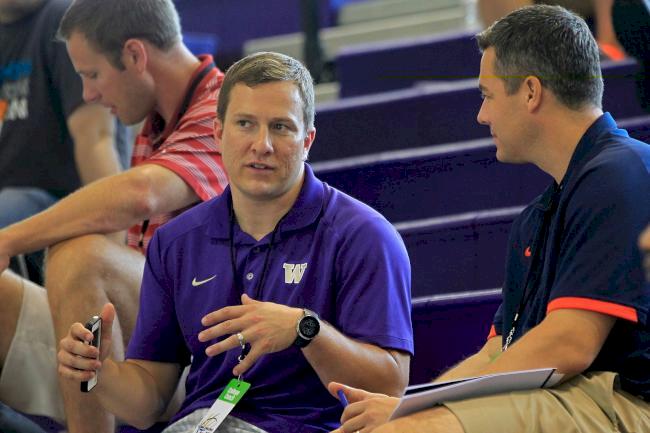 ABOVE: Otzelberger and Bennett conversing at an AAU event three summers ago. That’s Fred Hoiberg in the background.

The two Dick Bennett (Tony’s father and former Wisconsin-Green Bay, Wisconsin and Washington State head coach) disciples will reunite this Friday night when the Cyclones take on top-seeded Virginia in a Sweet 16 matchup at Chicago. The Cavaliers cruised through first and second round action with convincing wins over Hampton and Butler.

The roots of this relationship began forming in 1989, when Otzelberger was attending Dick Bennett’s camp at Wisconsin-Green Bay. At the time, Tony was playing for his father (from 1988-1992).

“He came and spoke and I remember watching him shoot the three,” Otzelberger recalled. “I distinctively remember having chills in my spine as he shot it and that NBA 3-point line tape being down.”

Bennett is Division I basketball’s current all-time leader in career 3-point accuracy, his being at 49.7 percent. In 1992, the Charlotte Hornets selected him in the second round of the NBA Draft, where he would play four seasons before a foot injury ended his career.

Otzelberger played college ball at Wisconsin-Whitewater. His coaching career began at Burlington Catholic Central High School (in Wisconsin) in 2001. It was when both he and Bennett worked the California AAU circuit that the two went from being professional acquaintances to close friends.

Twice now, Otzelberger has almost ended up on one of Bennett’s staffs.

“When Greg (McDermott) got the Iowa State job, Tony got the Washington State job,” Otzelberger said.  “I would have potentially gone to work with him at Washington State. We talked about it but I came here. Then again this last year, he had a spot open on his staff when I came back. We joke about how the timing has never worked.”

Friday won’t be the first time that the friends have competed against one another though.

The two got into a competitive recruiting battle four years ago when Matt Thomas, an Onalaska, Wisc. native, had a major decision to make between Iowa State and Virginia.

“We got pretty close in the time that Tony was recruiting me,” Thomas, who was considered to be the top 3-point shooter in that class, said. “He’s a great guy, similar to Fred (Hoiberg). He’s genuine. Somebody I can relate to. He speaks my language.”

“Once I went out to Virginia, I kind of fell in love with the place,” Thomas said. “I knew I wanted to go to Iowa State but it made my decision a lot harder.” 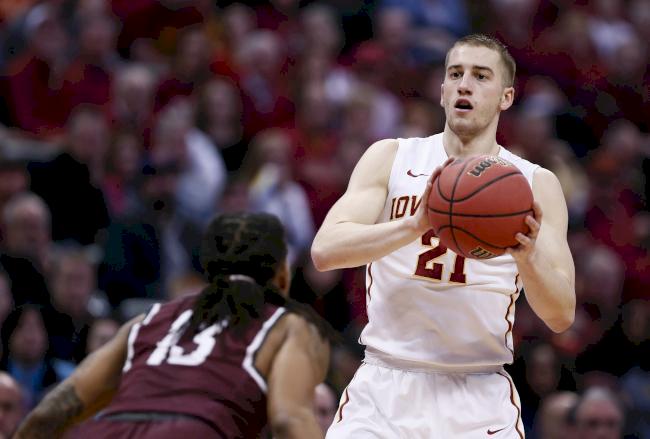 It’s a good thing that Thomas chose the good guys too. He has come into his own during his junior season by averaging 10.9 points per game and has received praise as Iowa State’s best perimeter defender. Thomas has been especially impressive in this NCAA Tournament, averaging 15 points per game during Iowa State’s two victories.

“I wanted to be closer to home so that my friends and family could come watch me play,” Thomas said. “And obviously I had built a better relationship with T.J. than Tony because I talked to him two or three times a week since the beginning of my sophomore year of high school. I had known him before. It felt more comfortable coming here than going to the east coast.”

Bennett’s coaching resume is as impressive as they come. He’s a two-time Henry Iba Award (goes to the nation’s top coach and is voted on by the USBWA) winner and holds school records for wins at Washington State and Virginia. After last season, CBS held a survey (of coaches) that voted Bennett as the best defensive coach in America.

Iowa State’s basketball brand is running, shooting and scoring a lot of points. Virginia’s is being brutally tough on defense.

“His teams play with the character and integrity that he has as a person,” Otzelberger said. “They are very stingy defensively. Obviously his teams have a reputation for really guarding you but I think they are underrated from and offensive standpoint. It’s not an up and down style of play. They are efficient in the half court so I think that they are capable of scoring it. They don’t give you anything. They are going to make us grind it out.”

“I still owe him one though,” Otzelberger said with a smile. “Maybe I’ll get him this weekend.”

Yes, coach. On behalf of the Cyclone Nation, we certainly hope that you do.