It is two of the nation’s best players squaring off on one of college basketball’s biggest stages. It is a pair of young, laid back head coaches looking to make their first trips to the Elite Eight and ultimately the Final Four.

It is two rising programs looking to finally break through the glass ceiling and join college basketball’s elite.

Finally, it is game day. Here are three keys to an Iowa State win over Virginia in the United Center.

1. Get to the free throw line and keep UVA off it

In all but one of Virginia’s seven losses, their opponent made more trips to the charity stripe and sometimes by a wide margin. North Carolina shot 13 free throws while Virginia shot just three in the Tar Heels’ ACC Championship game win.

Virginia has a deeper bench than Iowa State but not by much. The Cyclones being able to get someone like Malcolm Brogdon or Anthony Gill into some early foul trouble would be huge as the drop-off from those guys to their backups is pretty big.

On the flip side it is just as important to keep Virginia off the free throw line and try to keep Georges Niang out of foul trouble. A lot of this will depend on how the officials are calling the game but the charity stripe will likely play a large role in a game that projects to be as close as this one.

“We have to be really smart,” Niang said. “Take great shots and make them take tough ones and really try to get them out of their rhythm.”

2. Force Malcolm Brogdon into being inefficient

Brogdon is among the most efficient offensive players in college basketball and has the ability to pop off for 25-plus points on any given night. Brogdon is shooting 51.4 percent from the floor this season but that number decreases to 40.9 percent in Virginia’s losses.

He still had some big games in those losses but by taking 15-plus shots, and more than 20 twice. He shot just 24.4 percent from behind the arc, and a 4-for-7 performance against Miami kept that number above 20 percent.

“He’s very versatile. Can catch and shoot it. Can put it on the deck,” senior forward Abdel Nader said. “So I just want to make everything difficult for him, use my length to my advantage. I don’t think he’s seen a long guard like me yet in the ACC. Hopefully I can make it difficult.”

Brogdon is highly efficient but he can still get uncomfortable and start jacking it up. If he gets into that mode, Iowa State did their job. 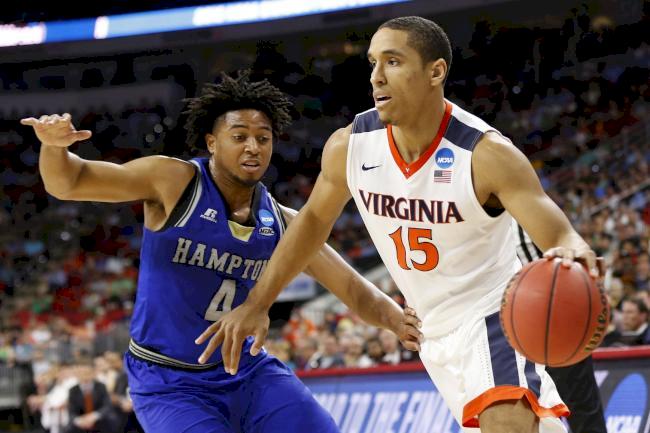 3. Figure out a way to increase the number of possessions

This means forcing turnovers, grabbing offensive rebounds and winning the 50/50 balls. The Cyclones need to figure out a way to increase the number of possessions in this game rather than let the Cavaliers dictate the tempo and play the way they want to play.

“That’s probably, for me, the most important thing,” Senior forward Jameel McKay said. “They pretty much take a shot with five to eight seconds left on the shot clock every time. You don’t want to guard a team two times doing that. They’re going to wear you down and you don’t get a chance to go and score on them when you do get a stop.”

It’s been a long week of analysis. It’s time to play ball.