DENVER — Good news on Monte Morris. As you can see (above), Iowa State’s junior point guard is smiling again.

“My health is at an all-time high right now,” Morris told reporters during a media session at the Pepsi Center on Wednesday afternoon. “I have my legs back under me. I feel a hundred percent of my legs and my shoulder. It’s coming along great. I was able to get a lot of shots today. I was efficient on the shots I took today. I’m back smiling. Everything is getting better day-to-day.”

Later on in the locker room, the Second-Team All-Big 12 point guard said that his legs are “150 percent.” For the first time since last week, Morris practiced with the team on Wednesday at the Colorado School of the Mines.

“I think he is the best he has been to this point,” said head coach Steve Prohm. “He has another good day to rest and get ready.”

It is probably being overplayed, but the altitude banter has been especially loud leading up to Thursday’s first round of the NCAA Tournament. In a game featuring two teams that love to run up and down the court, how will it affect Iowa State and Iona?

That all depends on who you ask.

“There’s always concern when you put two teams that run in this altitude,” Iona head coach Tim Cluess said. “It’s going to be interesting to see how this game does play out.”

Steve Prohm however isn’t too worried about it from an Iowa State perspective, although he did reserve the right to change his mind.

“You get that first lick of air and you just have to push through it,” Prohm said. “I was talking with the guys, these guys have been out to BYU. Georges, Monte, Matt. I don’t think it will be too much of a factor. I say that right now. I may say different as we go but I think these guys are fine.”

Abdel Nader was asked to compare Iona star A.J. English to somebody. He went with Oklahoma’s Buddy Hield.

What do you say about that, Matt Thomas (who will probably be guarding him)?

“I think Buddy is more of an explosive type player,” Iowa State’s best defender said. “English probably does more facilitating for his team while Buddy gets buckets. When he gets going it is tough to stop him as you guys saw during the NCAA Tournament. They are both really good players in their own way.”

English, who is averaging 22.4 points per game during his senior season, led the MAAC in scoring, 3-point field goals and assists this season. 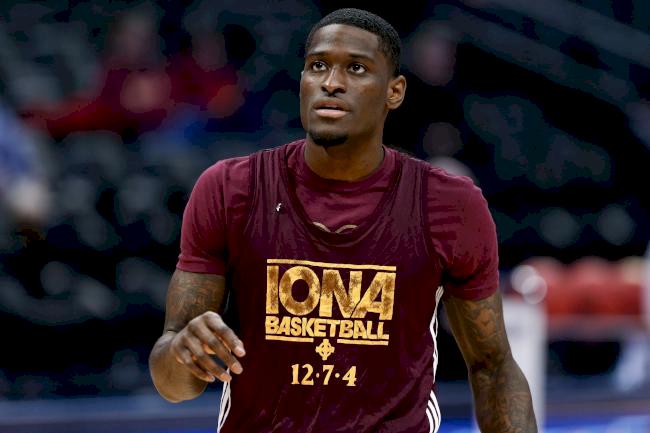 NIANG VS. BIRD: Earlier in the day, Iona coach Tim Cluess made a comparison between Georges Niang and NBA great Larry Bird.

Niang’s response: “Being from the east coast and him coaching on the east coast, that’s quite the compliment. I have a long ways to go. I heard that he was saying I am unselfish and that’s good to hear but we are here to win games as a team and it doesn’t matter to me.”

IONA’S PLAN: The Gaels are 0-9 all-time in NCAA Tournament history.

What will make this year different?

“I just think a lot of it’s all about matchups and your depth,”Cluess said. I think that’s what it really comes down to. When you’re a mid-major, low-junior, playing the top teams in the country you have to have that special day to beat them. They may be better than us 364 days of the year, we just have to be better than them one day, and we’re hoping that day is tomorrow.

DID YOU KNOW?: Iona, located in New Rochelle, New York (20 miles north of Midtown Manhattan), has a total of 3,977 undergraduate and graduate students. 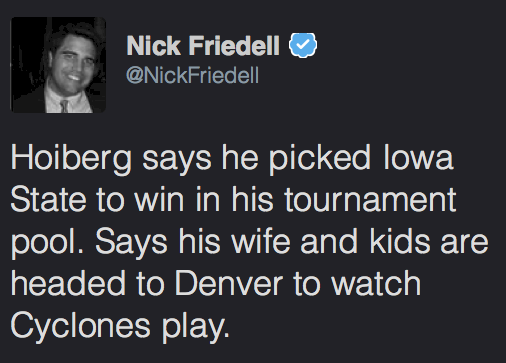