Spring football is heating up this week and Matt Campbell’s staff is starting to heat up on the recruiting trail. Class of 2017 three-star wide receiver Josh Johnson tweeted his committment to Iowa State Monday afternoon. 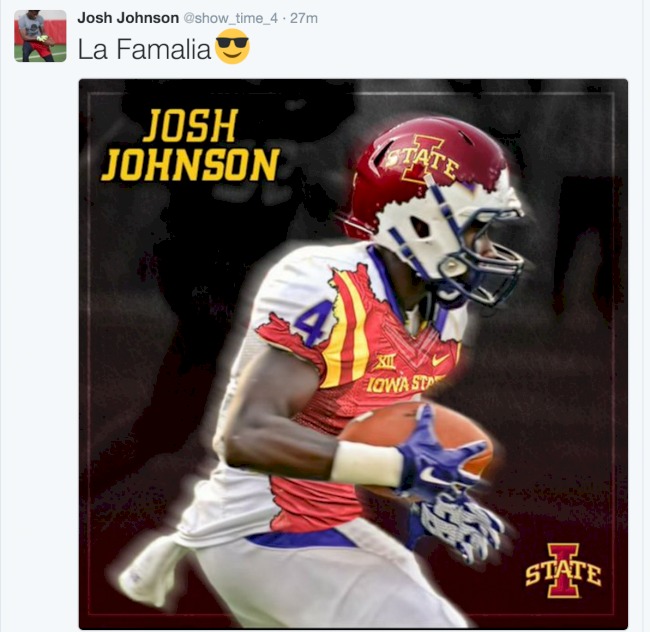