Iowa State pulled off one of the largest National Signing Day coups I’ve seen in 10 years of doing this on Wednesday morning when "the twins," Joshua and JaQuan Bailey, announced that they were future Cyclones.

The pair of defensive lineman hail from Raines, Florida and it has been rumored that they want to play college ball together for some time.

Leading up to National Signing Day, all signs were indicating that Joshua, a defensive tackle with additional offers from the likes of Tennessee, Central Florida and Cincinnati, would end up a Cyclone. He visited Iowa State last weekend (pictured below). 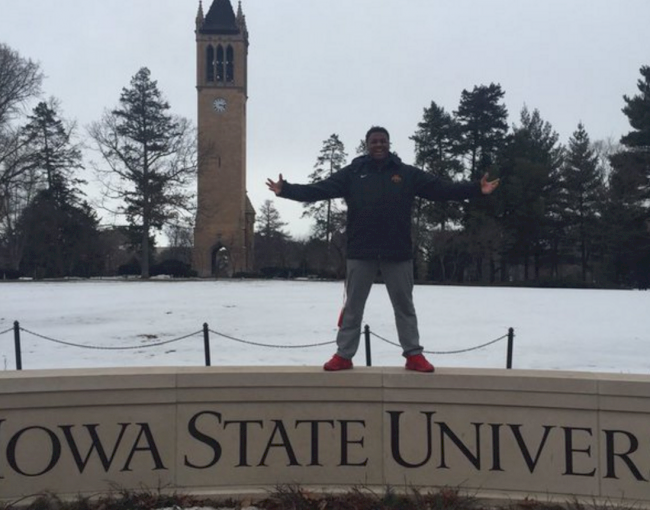 JaQuan was the question. He’s a former Florida commit (de-committed from Florida because he wanted to play with his brother) who had additional offers from Virginia Tech, Cincinnati, Miami, North Carolina, Pitt, Louisville, Vanderbilt and Purdue to name a few.

If you would have put a gun to my head last night, I would have picked Virginia Tech for the defensive end.

The biggest aspect of this signing is the positions that these guys play. Iowa State always needs defensive linemen.

The signings will likely push Iowa State’s 2016 class into the top 50 of the rankings for good.