As for games, that’s yet to be determined — but the 6-9 McKay will definitely not play Wednesday at Texas Tech.

“We just met,” Prohm said. “He’ll practice today, but he’s still suspended indefinitely from an action standpoint, but he will partake in practice today.”

McKay, who averages 12.4 points and 9.0 rebounds, was suspended indefinitely in advance of Saturday’s 64-59 win at Oklahoma State. McKay later composed a tweet that read, “1 game,” which obviously proved to be an erroneous prediction.

In this case that translates to the length of the suspension being up to how McKay continues to respond. The shot-blocking senior — who was not available to the media on Monday — issued a too-long-for Twitter apology of sorts Sunday on Instagram that read as follows: 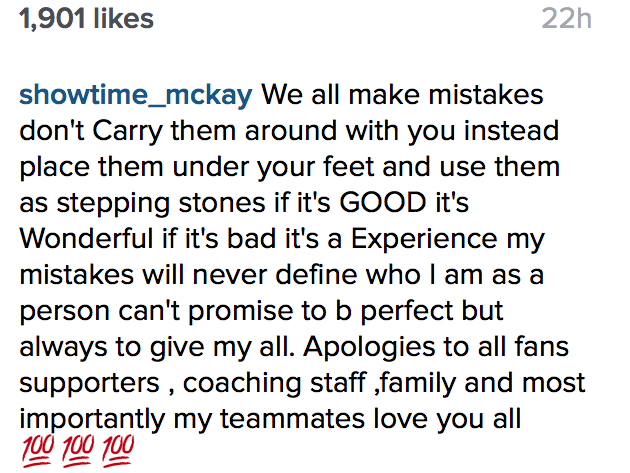 Prohm said he’s still deciding whether McKay will travel (despite not being eligible to play) with the team to Lubbock to face the Red Raiders (13-9, 3-7), who shocked the Cyclones 78-73 last season at home.

“It’s really between me and him and he understands it,” Prohm said. “It’s basically just doing the right things — what I expect each and every day. It’s from a whole perspective. It’s not just one single thing. I love Jameel. We need Jameel to be right for us to max out and he knows that. Me and him are continuing to communicate and hopefully he can have a good week this week and then we’ll go forward, but right now he’s suspended indefinitely until I really say more on the matter. He’ll practice today, though, because I want him in practice, but game-wise right now he’s suspended.”