A healthy and resolute McKay could be a game-changer against the No. 24 Longhorns, who raced to a 94-91 overtime win over the No. 14 Cyclones in Austin.

“It’s actually been positive,” point guard Monté Morris said of McKay’s response to the suspension. “He’s ready to embrace his role. He’s just ready to have fun again and I’m happy for him.”

McKay was unavailable for official comment Friday, though he exchanged pleasantries with a handful of reporters before practice. The 6-9 senior won’t start Saturday, Prohm said. Deonte Burton will start his third straight game instead. McKay’s relentless rim running, however, could allow the Cyclones (17-7, 6-5) to begin reaffirming that “max out” process Prohm so often mentions.

“We obviously need him,” Prohm added.

Texas relies on Isaiah Taylor to feed its efficient offensive engine — and he showed both power and finesse while scoring 28 points in the previous meeting. Taylor needed just 14 shots to nearly drop 30 on ISU, so the task of making his on-court life more difficult will fall on several players, including Morris, who said he enjoys facing his Longhorns counterpart. 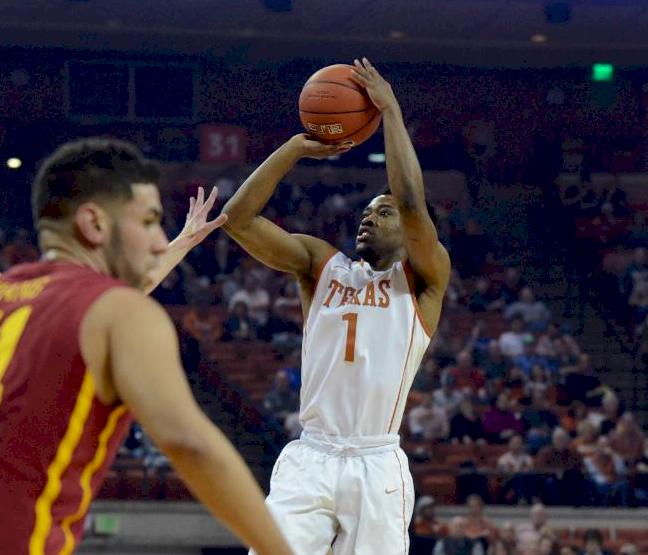 “We’ve got a good relationship,” said Morris, who has dished out an otherworldly 48 assists to four turnovers in the past six games. “We come on the court, we dab up and say, ‘Let’s put on a show. That’s just the respect level we have.”

It ends at the opening tip, where the Cyclones will also try to halt the recent rise of once-underwhelming (and lightly used) Texas big man Prince Ibeh.

The 6-10 senior from Garland has posted just five double-digit rebounding performances in his 126-game career. Four of those have come since the beginning of conference play this season, however — including three in the last five games.

Perhaps the same will be said of the Cyclones on Saturday and beyond, as McKay finds his way back personally and the team charts a route up the Big 12 standings.

ADVANCE(D) STATS: KenPom projects a 77-71 ISU win over Texas, with the win probability set at 71 percent.

HILTON HAVEN: The Cyclones have won five straight against the Longhorns in Hilton Coliseum. Niang is averaging 18.5 points in his previous meetings in the series.