Ok, guys. No #AskCW podcast this week. We’re going old school with a mailbag instead.

inCyteful writes: Who has the advantage in College Station on tomorrow – the teacher or the pupil? Steve Prohm worked for Billy Kennedy for some year and has to be part of the story when they meet as opponents this week. Have they met as opponents before?

CW: No, they have never met as opponents.

A few months ago, Prohm told me that back in the day he actually lived in Kennedy’s basement. I wouldn’t even call this a teacher vs. pupil matchup. I’d call it more of a “two best friends” going head-to-head type of a situation.

I’m not sure if there is a clear coaching advantage for either guy but clearly, Kennedy has the edge due to the home court and my guess is that the Aggies are moderate favorites in Vegas too. 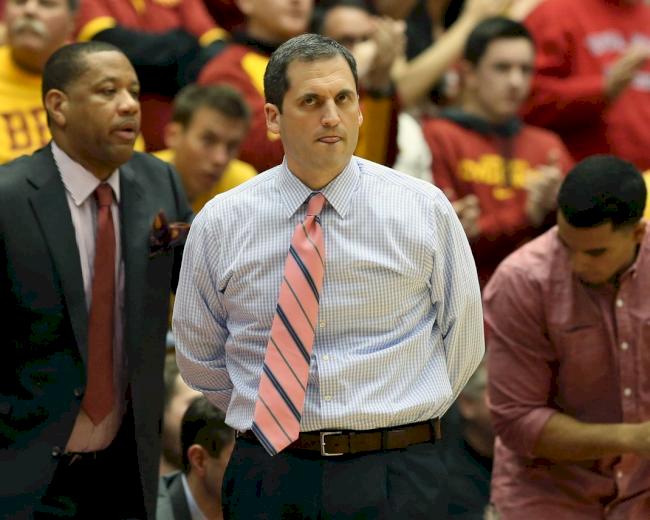 Chuckd4735 writes: If Jameel McKay is only 85 percent on Saturday, do you play him?

CW: Well we learned yesterday that Jameel is going to play but to answer your question as you asked it earlier in the week, as long as he can’t make the “injury” any worse, I absolutely would.

I fully understand that this is an oddly timed non-conference game but instead of looking down on it (like many people are), I see this as a massive opportunity for Iowa State to pick up a top five non-conference road win. That would be HUGE in March!

Regarding McKay, I fully believe that his knee has been troublesome but his cryptic tweets after the game on Monday trouble me way more than his physical health.

This is a guy who Iowa State needs to make a serious run in March. He needs to get his mind right.

Mj4Cy writes: IF for some reason McKay either sits out Saturday or gets more rest than usual, will we see any of Carter or is his defense just that far behind what’s needed to play at this level?

CW: I would put the probability of seeing Simeon Carter on Saturday at below five percent. A lot would have to go wrong, or right (a complete ass whooping) for that to happen.

You’re correct. Defensively, the true freshman is nowhere near where he needs to be to compete at this level, especially on the road against a top five team (one with some really good bigs too).

The good news on Carter though is that assistant coach Daniyal Robinson recently told me that Simeon is working hard in practice and the staff is still expecting positive things from him in the future. He should be a rotation guy next year, I would think.

Bigman 38 writes: Top tier in the Big 12 still KU OU and ISU? Or has anyone moved up or down in your mind.

CW: I think that objectively, one has to put West Virginia on that list – mainly because Morgantown is one of the more difficult places to play at in the country. I don’t see them losing too many – if any – games there this season.

Subjectively, after seeing them play multiple times this season, I just don’t think they are on the same level as the other three. I just don’t.

However, the Huggy Bear demands respect so yes, they are in the first tier.

As far as Baylor goes, as much as I love Scott Drew (AND YOU ALL KNOW THAT I LOVE SCOTT DREW), I don’t trust their guards. Medford is legit. But I think that the Bears will fade. In fact, I’ll predict an Iowa State victory in Waco.

Big 12 power rankings RIGHT NOW: I’d go OU, ISU and then Kansas – just because Kansas is still coached by Bill Self, then West Virginia at No. 4 with Baylor at five.

A quick theory on Kansas: If you’ve watched them much this year, you’ve probably noticed how many different guys/rotations Bill Self has been experimenting with. I feel like he has been super confused as to whom he should put out there. I think he has trust issues with this team. It’s been a problem but one I trust Self and the Jayhawks will figure out.

I’ll go on record right now though and say that I believe this is the year that Kansas will get knocked off its perch in the Big 12. Their guards aren’t what they once were. Remember when Elijah Johnson was the guy Fred Hoiberg would dare to beat Iowa State (and he did once inside of Hilton)? Elijah Johnson would be the best guard on that team right now.

Give me Oklahoma to win the league.

StevieISU23 writes: Who do you want to see play in the Des Moines Bracket (not including Iowa).

CW: Honestly, I don’t even care. It won’t affect me at all as I will be on the road covering Iowa State. I just want the city of Des Moines to do well.

CW: I don’t believe there is a systematic connection to either or.

Remember when Baylor ousted the boys a little over a decade ago? How’d that NCAA Tournament go?

What about last year, when the guys won the Big 12 Tournament and were bounced in game one?

I also think that depth is overrated and talked about way too much.

Let’s say the guys win the Big 12 Tournament…That would be on Saturday and the earliest they’d have to play again is on Thursday. That’s a lot of time off for a 20-year old to recover.

Give me the choice: I would much rather Iowa State win the Big 12 Tournament than lose in the first round.

Momentum is a very real thing (ask UConn from a couple of years ago). It doesn’t always work out (last year is the example) but if I have a choice, I always want it on my side. 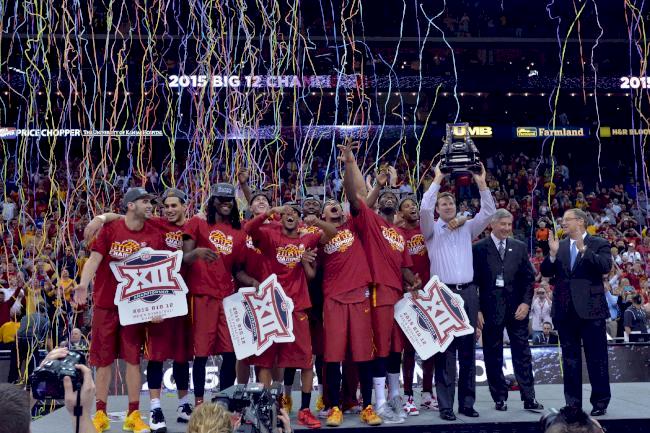 CysRage writes: Gun to the head: Based on what he has proven so far, does Monte Morris declare for the NBA draft after this season?

CW: No, however if he continues to play at the level he has been at over the last two weeks, it’s very possible that could change.

From what I understand, Monte is very open to coming back next year. It sounds like Steve Prohm has really gotten through to him and that relationship is very strong.

However if Monte is going to be a guaranteed first round pick (which I doubt), he should absolutely go. 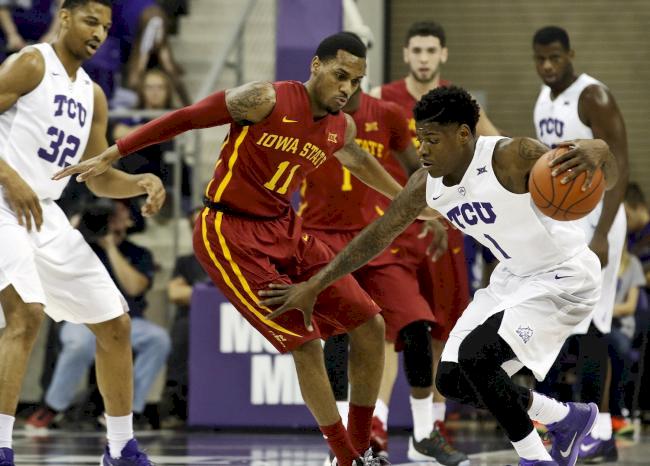 Cycsk writes: What is the proper way for Cyclone Alley to handle an EIU or KU fan wearing their gear in the student section?

CW: Don’t let him there in the first place.

Back in the day, we all had matching shirts. If you weren’t wearing your shirt, you weren’t allowed in. I liked those days.

Would you let your daughter enroll at KU?

Absolutely. If that’s where she wanted to go, it’s her decision. I will support my daughter with any life choice, no matter what my personal feelings are (other than if she wants to go to Iowa). However, I’m going to take my girl to so many Iowa State functions over the next 15 years, my guess is that she won’t want to do anything other than proudly wear cardinal and gold like her mom and dad.

CW: No. Cats are horrible.

Gogagig writes: Scheduling the Big 12 vs. SEC Challenge bang in the middle of conference season. Yay or nay?

CW: If Iowa State wins on Saturday, yay. If the Cyclones lose, nay.

In all seriousness, I’ll probably lean towards nay on this but that’s just because I love the Big 12 (round-robin) basketball season so much.

Plus, the SEC is kind of “blah” when it comes to basketball.

But can I give you a solid decision on say, Sunday?

BCClone writes: Which State of Iowa tournament do you think is more fun to attend: girls basketball, boys basketball or wrestling?

CW: I haven’t been to any of the three in years.

Based off of back in the day when I covered high school sports, I’d say one of the basketball tournaments. I’m just not a big wrestling guy.

I do, however, watch the wrestling tournament on television EVERY YEAR. I don’t usually even care what’s going on, but it’s kind of a tradition for me to drink some Jack and watch the wrastlin’.

Here’s a shout out to my old PE teacher and Cyclone All-American, Mike Moreno, who heads the program at Urbandale. Love that guy, and his boys too.

WhatchaGonnaDo writes: ARE WE GETTING CYBOOKIE? PLEASE CONFIRM