ISU picked up its second Christmas commitment today when three-star (according to Scout.com) Hallandale Beach, Florida defensive back Romelo Webster took to Twitter to announce the news. 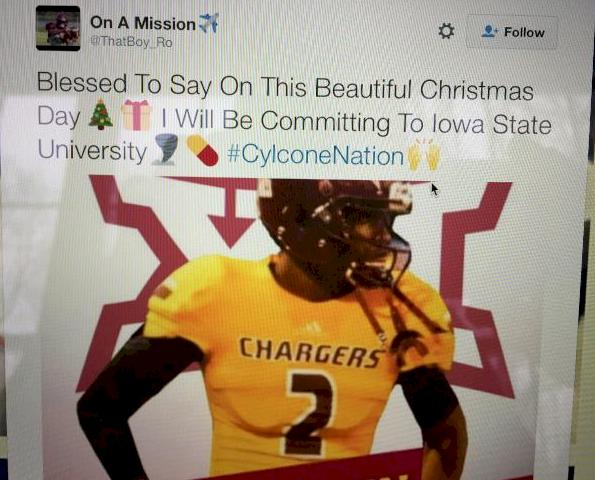 Merry Christmans, Fanatics — and check out Webster’s senior highlight video below (via Hudl.com):