Matt Campbell has officially been Iowa State’s football coach for about eight hours but he has already accomplished quite a bit.

According to a Twitter report from Jordan Strack of WTOl-11 in Toledo, two members from Campbell’s staff will "absolutely" be also going to Iowa State. 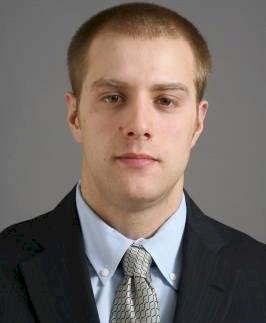 Jason Candle has been Toledo’s offensive coordinator, quarterbacks coach and associate head coach for the past four seasons.

Campbell’s introductory press conference has been scheduled for noon on Monday where we will likely learn more about his plans for a coaching staff at Iowa State.

Allen Trieu from Scout.com is reporting that Campbell has already offered a current Toledo commitment.

Eyioma Uwazurike is a 6-foot-5, 230-pound defensive end out of Lathrup Villiage, Mich. He committed to Toledo on Nov. 4 and reportedly has offers from Iowa State, Toledo, Central Michigan, Buffalo, Eastern Michigan and Miami (OH).