According to CBS college basketball reporter John Rothstein, Iowa State will participate in the 2016 Orlando Classic. 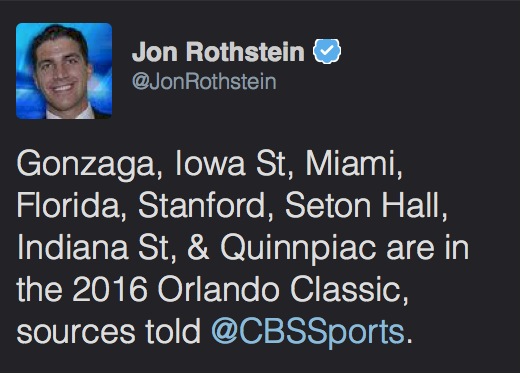 Of course, all Cyclone teams aren’t created equal and Steve Prohm’s 2016-17 group looks like it will be an inexperienced bunch.

Regardless of who Iowa State draws, that will be some nice competition and a good learning process early on.

And who cares about it being a potential "down" year? Playing in these types of tournaments is always a positive compared to the alternative – nobody wanting your presence.