AMES — What was likely going to be the deepest offensive line of the Paul Rhoads era took a hit on Tuesday. JUCO transfer Patrick Scoggins will miss the 2015 season after rupturing a tendon in his right leg.

Scoggins was expected to battle with senior Jamison Lalk for the starting center spot vacated by Tom Farniok. The redshirt junior will have one year of eligibility remaining due to already using his redshirt his freshman year at Sacramento State.

The coaches learned late last night that Scoggins had ruptured the tendon that connects his quadricep to his patella.

Scoggins’ injury is just another on a long list for the Iowa State offensive line over the past three seasons. Luckily, the Cyclones do have more seasoned depth than they have had the past two years with six guys combining to return 76 career starts.

Lalk is one of the most experienced of those returners, with 19 career starts under his belt. He replaced the injured Farniok at center during his sophomore year. He started 11 games at left guard last season. 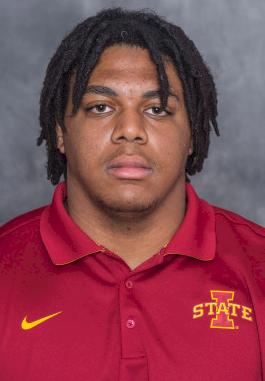 Sophomore Nick Severs is expected to step into the backup role behind Lalk. He may not have to play a ton of downs but he will be looked upon to spell Lalk at times this season.

"You move on," Rhoads said. "The next guy stands up and takes over where that one left off."