T.J. Otzelberger flat-out missed Ames and Iowa State — so yesterday’s whirlwind chain of events caused a wide smile to spread across his face.

“This place means a lot to me,” said Otzelberger, who today officially rejoined Coach Fred Hoiberg’s Cyclones as an associate head coach and assistant coach. “I am so fired up to be home.”

Otzelberger spent the past two seasons on Lorenzo Romar’s staff at Washington. The 37-year-old Wisconsin native chose to make that move after coaching under Greg McDermott and Hoiberg for eight years. Now he’s back — thanks to a 24-hour courtship made possible because former ISU assistant Matt Abdelmassih left to take his “dream job” as an assistant at his alma mater, St. John’s.

Fred reached out to me (Tuesday) morning and shared what had transpired with Matt and what his game plan was and how he wanted to put our staff together as we progressed,” said Otzelberger, who is married to former ISU women’s hoops star Alison (Lacey) Otzelberger. “It was very quick. Quite a few conversations with Fred throughout the day.”

Otzelberger said both he and Alison felt the timing was right. Almost perfect in fact — even though saying goodbye to the Huskies he’s gotten to know the past two years would be difficult.

“Sometimes when you’re posed with a career move or a situation, it takes time to think things through,” said Otzelberger, who was instrumental in recruiting several former and current Cyclone stars such as Diante Garrett, Craig Brackins, Melvin Ejim, Naz Long, Matt Thomas and Georges Niang. “As this became a possibility, it was something that needed no thought, needed no consideration. It immediately felt right. Alison agreed and we were excited to move forward as quickly as we could with the process. It’s not something that we anticipated as an option or saw as a possibility.”

Until Abdelmassih’s return to New York City, which received Hoiberg’s full blessing. He knew exactly where to turn to and little more than 24 hours later, Otzelberger, his wife, and four-month-old twins, Jayce and Olivia, are headed “home.”

“Allison and I, we talked about it quite a bit,” Otzleberger said. “We talked about when we start our family that we wanted to get back to the Midwest and more specifically get back to Iowa, if possible. It’s going to be so fun to share in those experiences with family, friends and all the great people that we’ve gotten to know over the years in Iowa.” 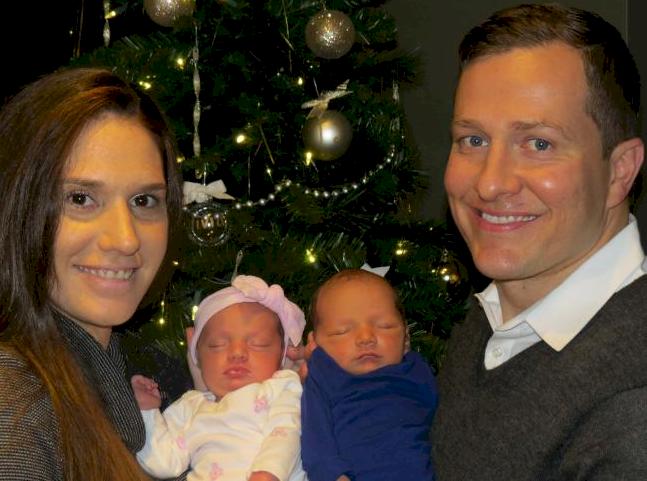 Otzelberger said he learned a lot under Romar during his stint at Washington.

“What I also learned on the way out is what a great man he is, because he totally understood when we visited (Tuesday) and told him about this opportunity,” Otzelberger said. “He knows how Alison and I feel about Iowa State and knew how excited we’d be to come home. So he showed a lot to me. Even though I’m sure he didn’t like having changes on his staff, at the same time he knew how fired up we were to be coming back to Ames.”

All that’s left now is the re-orientation. It shouldn’t take long.

Otzelberger never lost sight of how special Hilton Coliseum is to him. The noise. The fans. The walk out of the locker room. He’ll experience all that again, thanks to a cyclonic 24-hour time frame that paved his path back home.

“I’ve been a part of a Pac-12 program, a Big 12 program, have played at a ton of different venues,” Otzelberger said. “And there’s still nowhere where the fans are as engaged and passionate and proud to be Cyclones and excited for their team to succeed. The support is just tremendous. I’ve found that sometimes you have another experience and it really shows you just how special that is. I don’t want to say take it for granted because I’ve always appreciated it and respected it, but at the same time, now thinking about being back in that arena and seeing the fans — where when you walk out of the tunnel before a game, it kind of gives you chills down your spine. It feels like,  ‘Man, this is where I’m supposed to be. This is special.’ So this place means a lot to me and I am so fired up to be home.”