I’m on my way to Louisville (layover in Chicago) and finally got a chance to fill out my official NCAA Tournament bracket (some of you might care, others will not).

How far do I have the Cyclones going? Check it out below…

Initially, to the championship game. However, I’ve got to stay true to myself and not let the excitement of last week get to me. Before the season began, the Duke Blue Devils were my national champions. Crazy enough, I actually had Gonzaga in my Final Four too. Obviously, Iowa State will likely have to go through both of those teams to make it to Indianapolis.

I have the Cyclones beating the Zags in the Sweet 16 but losing to Duke in the Elite Eight. Of course, I hope I’m wrong.

Having said all of that, we all know that when "on," Iowa State can beat anybody in America – except for probably Kentucky.

Regardless, it should be a fun month of March.

Look out for a ton of coverage from Louisville later today and the rest of the week.

A couple of fun bracket competitions you guys can compete in:

Mark Charter from Mark Charter Real Estate and our "FAWcast" is giving away $1,000 to the Fanatic with the best bracket in this challenge on ESPN.com.

You can also compete in KXnO.com’s challenge that could ultimately win somebody $10,000. 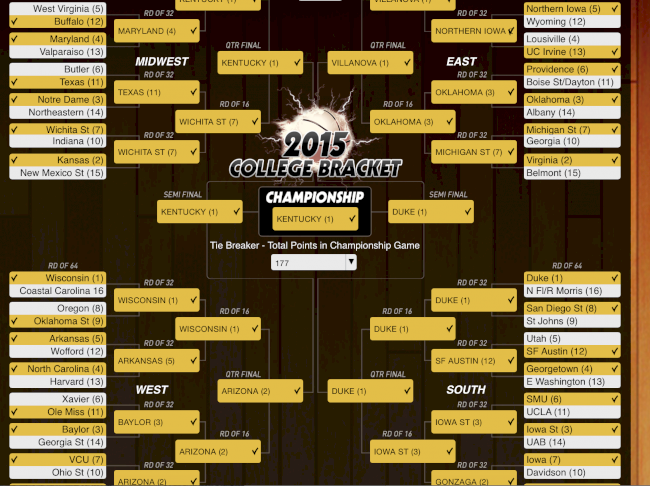