DES MOINES — It was what we thought it would be.

Jameel McKay’s debut in a Cyclone uniform began very ordinarily but got better as time went on in Iowa State’s 83-54 victory over Drake on Saturday at the Big Four Classic at Wells Fargo Arena,

As expected, the 6-foot-9 transfer out of Marquette showed plenty of rust but also loads of potential — giving Cyclone fans reason to be excited by his eight-point, five-rebound outing.

“When you look at that first game for Jameel and he played 13 minutes only but a very productive 13 minutes and those will continue to extend as the season goes on,” Fred Hoiberg said as Iowa State imporved to 9-1 this season.

McKay’s conditioning was clearly an issue during his eight first-half minutes. He was the first Cyclone to jump off of the bench Saturday, but minutes after his first stint ended, he could be seen with his head buried in a towel. Anyone could see it: McKay was visibly gassed after his first live action in well over 600 days.

“Hell I was tired because he was sucking all of the oxygen out of the gym,” Hoiberg joked. “He was hurting. He came over at the timeout. That was after five minutes but he should only be able to play five minute stretches because of how hard he plays getting up and down the floor and getting to the rim.”

Three of McKay’s five rebounds were on the offensive end. Hoiberg credited the big man for playing a large role in Iowa State extending its 16-point halftime lead early in the second half.

Perhaps it was nerves. Perhaps it was conditioning. Regardless, the big man was clearly a more comfortable basketball player during his five second-half minutes.

“I was very winded. It’s the difference between competing with other people and your teammates every day. There’s no way you can prepare for a game,” McKay said. “Once I caught my second wind I was able to go out and go a little faster. I was able to communicate better because it’s hard to play when you are tired.” 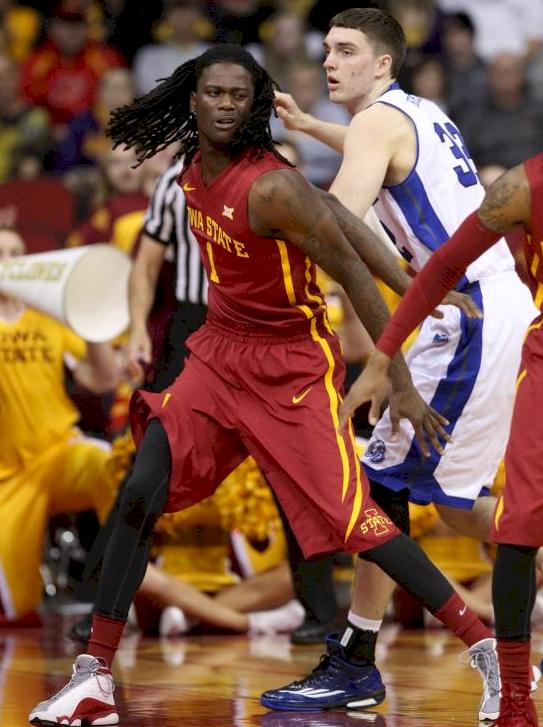 With around 11 minutes to play, McKay finally gave an appreciative crowd what it wanted via a lob dunk from Bryce Dejean-Jones. That was just a taste of what Mckay and his ridiculous wingspan have to offer to this team for the rest of the season.

“Jameel is going to add a lot to this team,” said Monte Morris, who had 12 points and four assists. “He can guard perimeter guys and he can alter shots down low. He can start the fast break. I’m looking for big things from Jameel. It’s a marathon, not a sprint."

Iowa State’s schedule works out well for McKay to work the kinks out before Big 12 play begins when Oklahoma State comes to town on Jan. 6. The Cyclones will host Mississippi Valley State (1-10) on New Years Eve before heading to Brooklyn to take on South Carolina (6-3) on Jan. 3.

For now though, the anticipated debut is out of the way, which means that McKay can focus on rolling up his sleeves and being a significant contributor to this team going forward.

“It was a day that I’ve anticipated for a long time,” McKay said. “It was good to be out there with my teammates competing and trying to contribute. I just wanted to bring energy today — as much energy as I could.”