Iowa State defeated Drake by 29 points at the Big Four Classic on Saturday and to my amateur eye, the Cyclones hardly even broke a sweat.

Shortly after the drubbing, the Cyclone Nation received an early Christmas present in the form of another highly touted transfer, a commitment from Marquette’s Deonte Burton.

This is how great things are in Ames right now: For the second year in a row (Jameel McKay last year), a transfer is electing to pay his own way (for one semester due to Iowa State’s lack of scholarships) just to have the future opportunity to play “Hoiball.”

As most of you well know by now, the Cyclones just might be on the verge of doing something special this season. I’ve seen enough so far during the non-conference to fully convince myself that this team can win the Big 12’s regular season championship.

If you asked me to place odds on who will win the title right now, I’d call Texas (Rick Barnes’ team has been physically dominating all comers) and Kansas (five wins vs. Ken Pom top 50’s) co-favorites with Iowa State breathing down their necks and applying more pressure by the day.

This winter will be a grind. We all knew that the Big 12 would be good but through mid-December, the league appears to be better and deeper than most had imagined.

I like Iowa State a lot for two main reasons.

Hilton Coliseum is one of them. I don’t see Iowa State losing in Johnny Orr’s house in 2015. Given Iowa State’s recent history in that building, I fully realize that this is anything but a bold prediction.

The most important reason why fans should be excited about the next three months though is the fact that for the first time in his tenure of leading Iowa State’s program, Fred Hoiberg has options. Even without those options in the past, Hoiberg has proven himself to be one of the top X’s and O’s minds in America. Give the man some depth, multiple scorers, some shooters and one of the top point guards in college basketball?

Two additional points that need to be made…

— Simply referring to Monte Morris as one of the best floor generals in America does not do the sophomore justice. We all knew coming into the year that Monte would be good. The numbers he’s thrown down in 10 games are just stupid though. Like Jack Daniels on a cold winter’s night, Monte’s 56 assists to nine turnovers (he’s averaging a team-high 32.8 minutes pergame) make me feel all warm and fuzzy inside.

Add a 51 percent shooting mark from two to the equation and Monte Morris is as efficient as a freshly-serviced Prius. 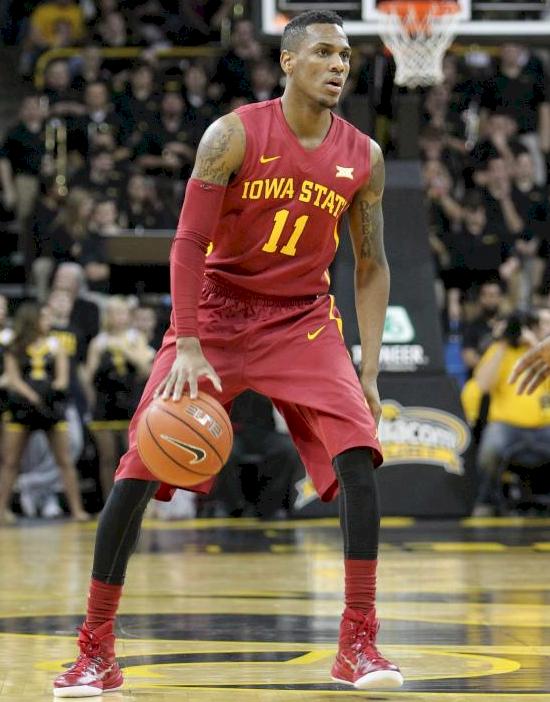 — Every year when March rolls around and you fill out your bracket, two factors you should always look for are guards and matchups.

With Morris and the cast of characters around him, Iowa State obviously has the guard play to go deep into March.

What I love most about this team though is the fact that no matter what team you throw out there against the Cyclones, Hoiberg now has the chess pieces to match up with pretty much anybody.

Because of their size and ball skills, Abdel Nader and Jameel McKay are invaluable when it comes to this.

How many times over the last two years have you and your buddy at the bar prayed that Melvin Ejim and/or Georges Niang wouldn’t get into foul trouble? When that happened in the past, Iowa State had to change the way that it plays.

Sure, Niang getting into foul trouble this year wouldn’t be a good thing. It also wouldn’t be the end of the world as there are capable Cyclones on the bench to Band-Aid the roster to keep Niang fresh and eligible.

— Iowa State does need to find a viable option as a backup point guard. As you could see by his substitution patterns on Saturday, Hoiberg is clearly concerned about this too.

Clayton Custer’s future is bright but as of now, he doesn’t appear to be ready to be a Big 12 point guard. I still don’t trust Naz Long running the point either.

As long as Morris stays healthy though, it really shouldn’t matter.

Consider the above 600 words of Kool-Aid as my Christmas present to all of you.

The thing is, this isn’t even Kool-Aid. It is the truth.

Cheers to a happy and prosperous 2015, Cyclone Nation.

*** Not that I’m high on Oklahoma State this year (I’m not), but Maryland’s 73-64 win over the Cowboys in Stillwater on Sunday was impressive nonetheless. The Terrapins, who dealt Iowa State its only loss of the season back in November, are currently ranked 17th with an 11-1 mark. That one loss was to No. 6 Virginia. Iowa State played about as poorly as it possibly could that Tuesday night in Kansas City but clearly, Maryland is indeed for real and likely had a lot to do with those Cyclone shortcomings.

*** The last seven days marked a big week for two former Iowa State football coaches. Tom Herman left Iowa State to become the offensive coordinator at Ohio State three years ago and was recently named as the next head coach at Houston.

Remember Luke Wells? The former Iowa State wide receiver/tight ends coach under Paul Rhoads is the current offensive coordinator at Utah State, who won the New Mexico Bowl (21-6) over UTEP on Saturday. The kicker is that Utah State did it with a fourth-string quarterback at the helm.

The Wells boys (Luke along with his brother – Utah State head coach Matt Wells) are serious up and comers in the coaching biz. Should Iowa State ever make a coaching change in the future, this is a tandem that I think should be near the top of Jamie Pollard’s list of candidates. The Wells boys are from Oklahoma and very familiar with the Big 12 and its recruiting footprint.

Of course, the sophomore chose to transfer away from Iowa State last week but honestly, I’m happy for him.

Dorsey-Walker will be a nice player wherever he chooses to go. He’s always represented Iowa State with class, got great grades and is good enough to play ball at a high level. However the writing has been on the wall for a while now. He wasn’t ever going to be a major contributor at Iowa State.

Dorsey-Walker could be somewhere else though and I don’t blame him whatsoever for wanting to make the most of his four years of eligibility. 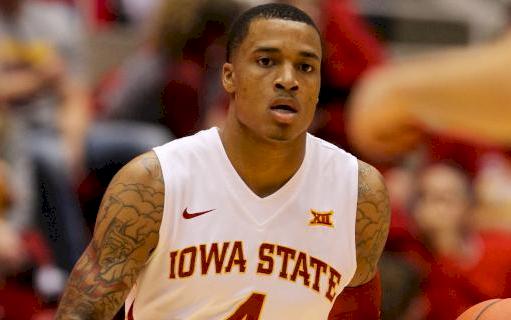 *** Royce White is back and he has some very positive things to say about Iowa State in this column he recently wrote about anxiety and recent social issues in America.

*** Thanks to all of you for continuing to download and listen to the Cyclone Fanatic Podcast. As of this weekend, we were No. 2 on the iTunes “high school and college sports” chart.

Growing (and being able to sell) the CF Podcast was the primary reason why we hired Rob Gray as our senior writer last summer.

So far, so good. You all continue to listen and for that, thanks.

Not a podcast person?

Do you listen to sports talk radio?

We hit on other topics from time to time but this is a consistent option for you to get your Cyclone fix – being that we publisher anywhere from three to five podcasts per week.

Download them. Turn on your Bluetooth. Hook it up to your car stereo and listen to us on your way home from work or even better, on that long trip home for Christmas.

If you haven’t subscribed to our channel on iTunes yet, CLICK HERE to do so now.