KANSAS CITY, Mo. — There is a reason why No. 13 Iowa State (3-0) was only a six-point favorite heading into Monday night’s CBE Hall of Fame Classic game against Alabama inside of Kansas City’s Sprint Center.

Despite what preseason projections might have noted, Alabama is a solid SEC basketball team and proved so by giving Iowa State everything it wanted and more in front of a packed pro-Cyclone crowd.

The Cyclones outlasted a game Alabama squad, holding on for an 84-74 victory and will meet Maryland (which defeated Arizona State 78-73) in the tournament’s championship game on Tuesday night at 8:30 (ESPN2).

“It’s a great win,” Hoiberg said. “That’s a really good team. You could see it on film that they got their confidence last game playing against Doc Sadler (Southern Miss). They made a lot of threes, which they hadn’t been doing earlier in the season. It is a great win for us. I knew they would come out and play fast and pressure. We had too many turnovers tonight, 15. Many of them were mindless against that zone.”

In summarizing this game, go ahead and pick a story, any story.

Georges Niang scored a game-high 28 points for the Cyclones but other than that, finding a clear-cut headline that stood out is hard to do. It was a total team victory in which the Cyclones faced the first bit of adversity they have seen all season.

A good place to start is with the return of sophomore Matt Thomas, who went 3-for-4 from 3-point range, scored 13 points and grabbed a surprising eight rebounds in the win.

“There were definitely nerves before the game but once I got in there I knocked down that first three and after that, things started to flow,” Thomas said.

The other half of the “Splash Brothers” did his part too.

The Cyclones trailed Alabama 59-58 with 11:28 to go when Naz Long went on an eight-point scoring spree.  Long hit a three, was aggressive and gave his team a shot of energy that it desperately needed.

“I thought that he really did a good job with defensive effort in there on Randolph, a kid that had 18 points in about seven minutes in their game against Southern Miss last week,” Hoiberg said, praising Long’s improved all-around game.

“That’s the make-up of our group,” Hoiberg said. “Georges had 30 the first night. He had 10 the second and responded again tonight with 28. Bryce has had two unbelievable games. He was probably a little bit more quiet tonight. Dustin has been steady all along. Naz has been doing a great job. Whoever the hot guy is, we are going to go to.

"I don’t know a lot," Hoiberg said of Maryland. "I rarely look athead. Once I saw Alabama play multiple times, I knew this was going to be a tough game that I really had to focus on and put a game plan together. We will be up for a long time tonight and will hopefully get our guys prepared." 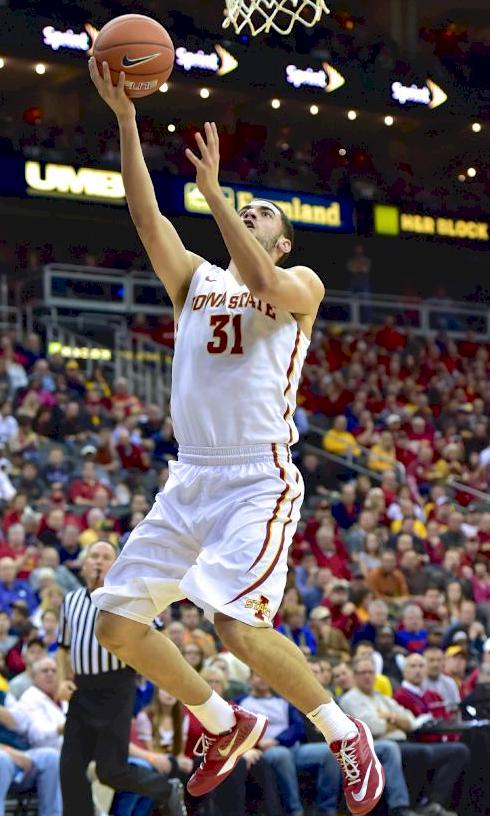 “I was happy with it. He missed a couple of rebounds. I would have liked to see him get a body on guys but for a guys that hasn’t played in well over a year, for him to go our and make a positive impact on our team – he got himself to the free throw line and made that nice left-handed finish at the basket. I was pleased with Abdel.”

“The big guys are clearing the way for us so we have to go in there and get rebounds.”

CHAMPIONSHIPS: Hoiberg on why Tuesday night’s game against Maryland is so important…

"You don’t get opportunities very often to play for championships. We have four this year. We have this, the conference regular season, the conference tournament and the NCAA, hopefully. It’s a great opportunity to hopefully go out and gain the experience that you need for the end of the season.