Going by traffic numbers and the amount of attention that it got on our forums over the weekend, I am going to assume that you all found last week’s exclusive interview with Iowa State assistant basketball coach Matt Abdelmassih as riveting as I did. It isn’t very common these days to sit down with a coach (at any level of sports) and have them be 100 percent honest in their responses. Abdelmassih’s tell-all, confident approach is refreshing.

If you missed the two-part feature, CLICK HERE for part one and HERE to read part two.

I found sections of both installments very revealing, but none more than Abdelmassih’s response to the last question I asked him. It was about recruiting and the approach that Iowa State plans on taking going forward. Here’s what he had to say:

“It’s funny because I know fans ridicule our high school approach but where we are at right now as a program is, they better be really good to come in here and impact us right away because we can get a transfer that will. At the end of the day, we are looking for guys that are high level, that are skilled and can come in and contribute.”

This got me thinking about the first four years of the Hoiberg era and you know, the “Transfer U” thing.

My goal was to compile every player that Hoiberg has signed and take a clear look at the direction that Iowa State has gone. We know that Hoiberg’s staff has been fond of transfers, but by exactly how much in comparison to the high school and junior college routes?

— This includes the Iowa State’s one current verbal commitment for its class of 2015, Darien Williams out of Iowa Western C.C.

— This does NOT include the class of 2010 that included Melvin Ejim, Calvin Godfrey, Eric McKnight, Jordan Railey and DeMarcus Phillips. Those were (in my opinion) “McDermott guys,” as that is whom they initially signed to play for.

— This also does not include USC transfer Maurice Jones, who signed with Iowa State but never earned eligibility due to academic reasons (at USC) that Hoiberg and his staff could not control. 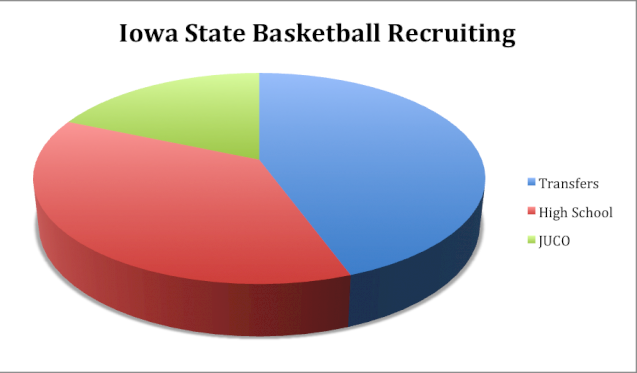 With the criteria listed above, 44 percent of Hoiberg’s signees have been transfers with 37 percent being high school prospects and 19 percent arriving in Ames via the junior college route.

Next, I wanted to investigate who has contributed the most for Iowa State. To do this, I decided to throw this latest recruiting class out (including Darien Williams). Granted, common sense tells us that Bryce Dejean-Jones will contribute next season but we don’t KNOW that. For the sake of consistency, I also had to negate Abdel Nader and Jameel McKay (Hallice Cooke too) from the equation, even though there is little doubt at the impact that they will have on the 2014-15 roster.

Below is a list of every player (considering the above criteria) that Hoiberg has recruited to Ames. I have slotted the players into three categories: Major contributors, contributors and non-contributors. I have defined the three groups below.

Major contributors – Was a vital part of the team’s success. 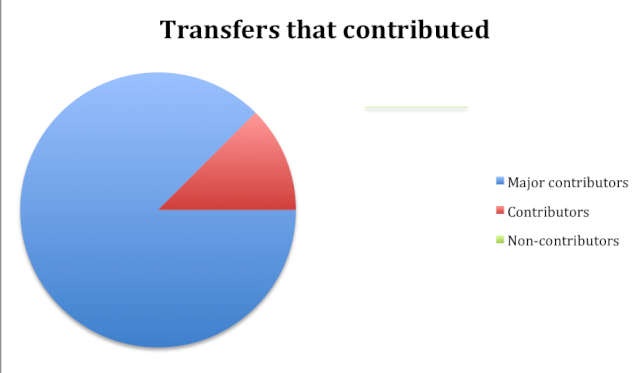 As you can see, that is a clean sweep for Hoiberg and transfers that contributed (8-for-8) up to this point in his coaching career. What’s most impressive is that seven of the eight were labeled as major-contributors. 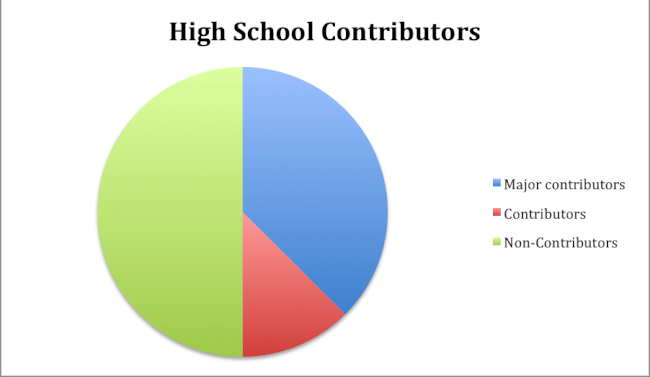 While the jury is still out on Sherron Dorsey-Walker (he still has three years left), I think it is fair to call Sledge, Okoro and Gibson non-contributors during their time in Ames. Gibson helped win a game or two during his freshman season, but not consistently.

Matt Thomas and Naz Long were the tweeners here that could have gone either way. Thomas did start 15 games last season compared to Long’s seven (he also played 32 more minutes) but the clutch shots that Naz hit late in the season were too important to his team to not land him in the “major” category. Thomas gave me more trouble than anyone else on this list when it came to finding him a category. In reality, I would have probably been right by putting him in either category. With that being said, there is little doubt that he will be a "major" contributor by the end of his career, if he isn’t already. 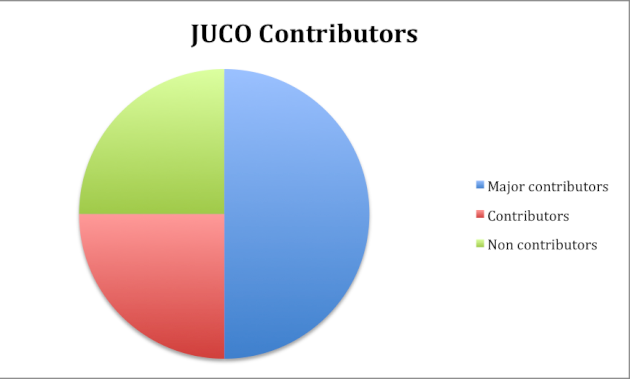 There is less of a sample to go by here but two of Hoiberg’s four JUCO signees were major contributors. Daniel Edozie was a tweener in the sense that he only averaged 5.8 minutes per game last season but in my opinion, proved his worth in March (Iowa State might not have beaten Kansas in the Big 12 Tournament without him. He also played a key role in Iowa State’s NCAA Tournament games.)

If you want to know why Iowa State keeps going back to the transfer well, the above information should tell you all that you need to know. It works.

Looking ahead, note again that I find it hard to believe that the Dejean-Jones, McKay and Nader combo won’t all be major contributors this season. If that does turn out to be the case, Hoiberg will have gone 11-for-11 on recruiting contributing transfers in five years and 10-for-11 when it comes to what we have defined as “major” contributors. That doesn’t even factor in Hallice Cooke.

At Iowa State, the transfer route has been impeccable when it comes to accuracy. With a transfer, a coach has legitimate game tape against solid competition to go by. That has proven to be more accurate than seeing what a 17-year old does in an AAU tournament in Las Vegas.

But keep in mind as Abdelmassih alluded to last week, this is a systematic deal. Look at the high school and junior college prospects that Iowa State has brought in. Does Iowa State win a Big 12 Tournament without Georges Niang or Monte Morris? Heck no. Do the Cyclones advance to Hoiberg’s first two NCAA Tournaments without the services of Tyrus McGee? Maybe, I guess, but it would have been tough.

These pieces all have to work together, which is what Hoiberg has been so good at facilitating.

Iowa State will continue to add top-level high school prospects (think Georges Niang and Monte Morris) to its roster but if those guys aren’t available, don’t expect the Cyclones to reach. The numbers have clearly proven that the spring “free agency” period is lush with very capable prospects, men that can step on the floor and are almost guaranteed to contribute right away.