For the fervent Iowa State football fan, Mark Mangino’s comments following Saturday’s spring scrimmage were refreshing. While we still have no clue who will take Iowa State’s first snap at quarterback on Aug. 30 vs. North Dakota State, we do now know how Paul Rhoads’ new offensive coordinator feels about flip-flopping quarterbacks like a politician.

Mangino evenly split repos during Saturday’s scrimmage among three quarterbacks – those men being Grant Rohach, Sam Richardson and redshirt freshman Joel Lanning – but don’t expect this three-man show to go on for very much longer.

“We have got to get things settled down for sure are this quarterback position because the longer we rep three guys, it means that one or two of them are not getting enough repetitions to take advantage and run and excel in our offense,” Mangino said. “I will have a little clearer picture – I won’t have a decision – but I will have a little clearer picture as to what direction we are going in at that position.”

It’s important to note here that Mangino said all of that in his opening statement to the dozen (or so) members of the media in attendance. He was not pressed on a timeline.

Iowa State’s spring game is scheduled to take place next Saturday at 2 p.m. at Jack Trice Stadium and has become the norm in Ames; quarterbacks will once again be what the majority of Cyclone fans in attendance will be eyeing. Saturday’s revelation – that all three men have been splitting reps equally – makes this competition that much more intriguing. It gives rookie Joel Lanning a puncher’s chance to win the job over two veterans.

“Everybody is starting from day one with the new offense,” head coach Paul Rhoads said. “I think that is fair to say that that gives him an opportunity to bring his physical skills to the table and see how quickly he can learn the mental part of it.”

Now, the obvious questions: Will Mangino narrow down Iowa State’s quarterback situation after reviewing film from the scrimmage? Will Iowa State name a “starter” by the end of spring ball? Even if Iowa State does name a starter, does that really mean anything? The former Kansas head coach isn’t ready to answer either of those questions, yet.

“Sooner the better but we aren’t going to force it,” Mangino said. “We need to make sure that we have the right pecking order on the depth chart and play to their strengths but you have to have a No. 1 guy taking the bulk of the reps to help our offense collectively with timing, with communication, everything that comes with offense.” 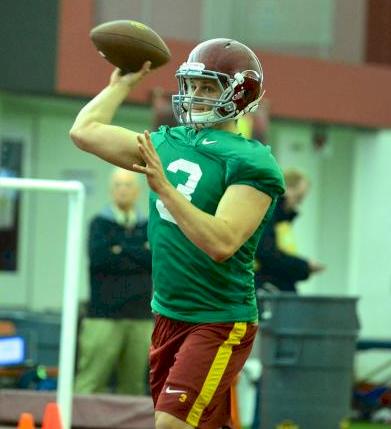 What does this all mean? If watching Iowa State play musical chairs with the most important position on the field has driven you to near insanity over the past few years, chances are, those days are gone. That clearly isn’t Mangino’s style.

That doesn’t mean though that any of these three can and will lead Iowa State football to the place where everybody wants it to be. Also, as much as Mangino would love to have a clear-cut No. 1 guy exiting the spring, the three (or two) men competing for the job could end up being very equal to one another (in terms of helping Iowa State win games). That could make things difficult. As Mangino said, he won’t "force " a decision.

This fresh approach to quarterbacks is a good place to start when it comes to building this offense. To quote Einstein, the definition of insanity is "doing the same thing over and over and expecting different results." Having Iowa State’s quarterback situation up in the air has been the story around Ames for the last three years. Perhaps it is time to decide on a guy before the final week of fall camp?

If zeroing in on that man is doable, it certainly appears that is the route that Mangino wants to go.

Here’s a big shout out to all of you Fanatics who supported my friend Ava in her St. Baldrick’s Foundation fundraiser on Saturday night. As you well know, Ava recently challenged me to see who could raise the most money for the annual event in Bondurant.

Thanks to all of you, she kicked my butt! Ava’s goal was to raise $5,000 and she shattered that number! As a whole, the Bondurant event raised over $100,000 on Saturday evening. It is so cool to be a part of a community that does things like this but it is even more cool to watch hundreds of strangers on this website step up to support a great cause. From the bottom of my heart, thank you friends.

Ava also wanted me to tell you all thanks for the support. She’s a big Cyclone fan now.

Here are a couple of photos from the event as well. Let me tell you that your contributions to Ava’s efforts really did make her day. You can tell by the smile on her face as she shaved my head! 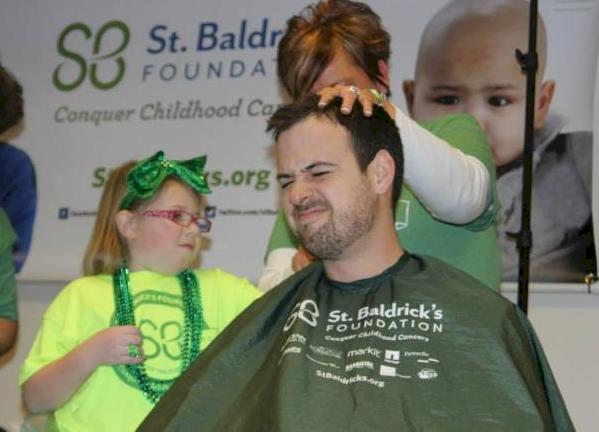 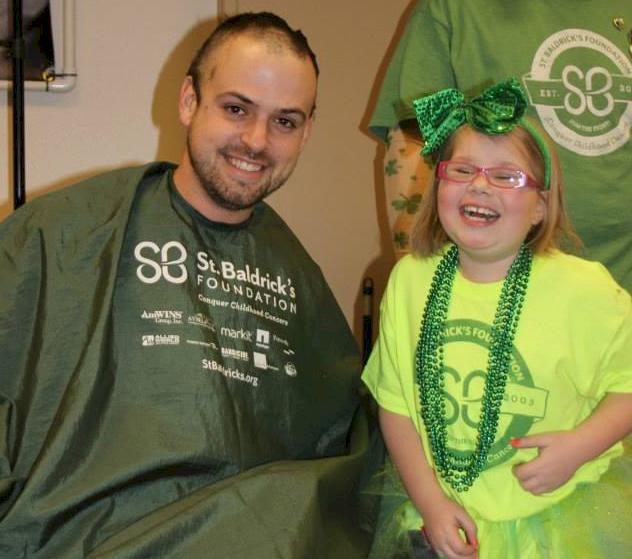 If you didn’t notice, Twitter was on fire Sunday afternoon. In what was perhaps the PHOTO OF THE FREAKING YEAR, check out the Chiz, who apparently HATES his daughter’s prom date. Chiz even made the TODAY SHOW.

And then there’s this guy. He’s the guy who makes all WWE fans look ridiculous. Check out this winner’s reaction to Brock Lesnar breaking the Undertaker’s streak at WrestleMania last night. 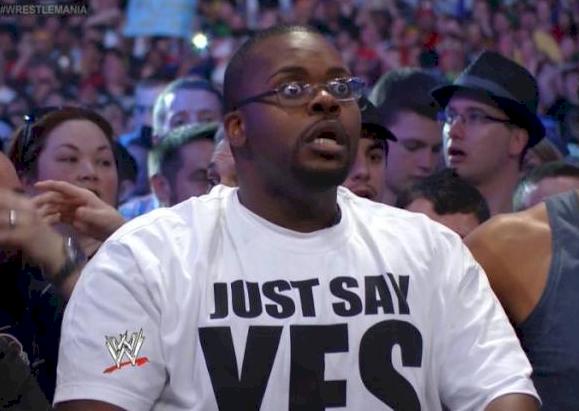 *** I guess it’s good for Iowa State that UConn is playing in tonight’s championship game, right? Or, does it just throw more salt in your wide-open and painful Georges Niang broken foot wound?

*** I like Kentucky over UConn tonight, for what it’s worth.

*** Happy Masters week golf fans. This is one of my favorite weeks of the year. However, Tiger not being in the mix is a bit of a buzz kill, even to a golf addict like myself.

Happy Monday everybody. Today, in honor of The King, I’ll leave you with a smile.