Let me make one thing clear right now: Attempting to name Iowa State’s starting lineup for the 2014-15 basketball season in late March is exceedingly premature. Things will change. That is almost a guarantee. But just because, I’ll take a stab at it anyway. Here goes nothing.

Monte Morris, 6-foot-1 So. – He was possibly the most pleasant surprise on Iowa State’s roster last year, which is saying something considering there were a handful of them. Morris’ record-setting 4.8 assist/turnover ratio was obscene. Without DeAndre Kane by his side next season, life will be more difficult on the Flint, Mich. native. I love the B.J. Armstrong comparison that Fran Fraschilla made regarding Morris earlier this season. He isn’t flashy but solid as a slab of granite. Morris’ 41 percent 3-point shooting was a major plus. He has already shown the ability to be a better scorer than anybody had imagined and defensively, he is mature beyond his years. 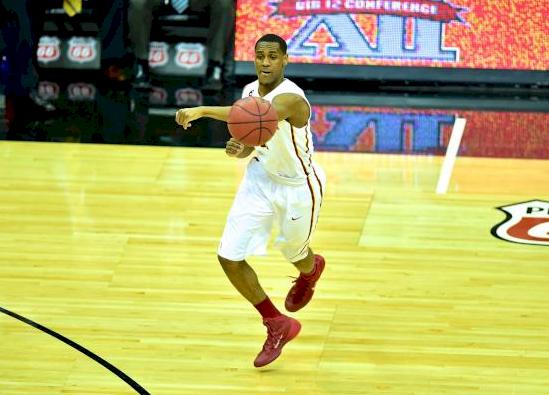 Naz Long, 6-foot-4 Jr. – The ultra-confident marksman came on strong at the end of the season but I still don’t believe that he is a lock to start next year. Long, who made 64-of-160 3-point attempts (40 percent) as a sophomore, has recently drawn comparisons to former Cyclone Tyrus McGee, who was as 6th man during his entire Iowa State career. Long, who made 46 percent of his 3-pointers during the season’s final 10 games, could very well take over that McGee role in the future as Hoiberg loves having an “energy guy” to bring off of the bench.

Abdel Nader, 6-foot-7 Jr. – This Northern Illinois transfer probably isn’t getting enough love from Iowa State fans or media in my opinion. Word out of Ames is that he was incredibly impressive during his scout team year.

Dustin Hogue, 6-foot-6 Sr. – Hogue’s 34-point outburst vs. UConn in the Sweet 16 gave fans reason to be excited about his future. He is tenacious on the glass. The 6-foot-6 forward was second in the league in rebounding at 8.4 boards per game last season. Hogue averaged 17.7 points per game during Iowa State’s six postseason games in 2013-14. That’s a good sign right there folks.

Georges Niang, 6-foot-7 Jr. – He will unquestionably be the best player on next year’s roster but will also have more weight on his back from the standpoint of leadership without Melvin Ejim and DeAndre Kane in the mix. Niang, who averaged 16.7 points per game as a sophomore, shouldn’t have any problem making this “his” team.  He is a natural leader and is well respected in the locker room.

*** Iowa State currently has two scholarships open for next year (there could be more if any attrition occurs). Hoiberg and his staff WILL add transfers. That could very well change everything that you read above.

*** Of course, there is Jameel McKay. The 6-foot-9 rim-protector (Marquette transfer) will be eligible to play during the second semester of next season and could very well find his way into the starting five.

*** Don’t forget about Matt Thomas. If the soon-to-be sophomore makes the strides that I believe he will make from year one to year two (there is no way that Hoiberg doesn’t improve Thomas’ game in my opinion), I could very well see him getting the start over Long (remember my analysis about Hoiberg liking Long off of the bench).