He might be the most intriguing newcomer on the 2011-12 Iowa State men’s basketball roster.

Tavon Sledge is only 5-foot-9, but the New York City freshman can jump out of the gym. If you don’t believe me, ask anybody who’s seen Sledge during warmups at the Des Moines YMCA Capital City League this summer.

CycloneFanatic.com caught up with Sledge on Wednesday night in Des Moines. Here’s an exclusive Q&A. 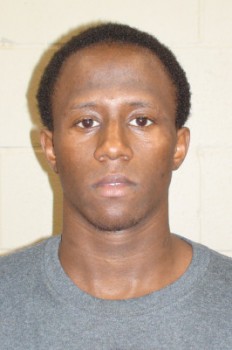 CF: How have you adapted to live in Ames so far? Has it been a decent transition for you?

TS: It’s been pretty good. I was ready to get right to it as soon as I came down here. I’ve been going to study hall, going to classes and hitting the gym. I stay up pretty late at night until I get all of my shots in.

CF: What’s it like living in New York City and then one day, you move to Iowa?

TS: It’s a lot quieter here. There are less people. It is a small community for me and that’s good. That was a big part of my decision, to get away from stuff so I can work on my game.

CF: I’ve never been to New York City. I can’t even imagine the difference…

TS: Oh it’s a big difference. I really didn’t expect it. When I came on my visit, it was during the school year. There were a lot of kids here. During the summer, there’s nobody around. I can really focus on my school work and the books.

CF: Has the Capital City League helped? The fact that you get to come here and play actual competitive basketball has to be nice…

TS: It has helped me a lot. I get to work on my game in actual game moments. I’m really looking forward to the season. I feel like I’ll be a big factor on the team this year.

CF: Do you feel like you fit in with your teammates so far?

TS: Oh yeah. I fit right in. I am a point guard. I feel like with the shooters we have on this team, it will be easy for me to drive and kick out. I’ll get a lot of assists.

CF: Melvin Ejim has been on your team this summer. What’s playing with him been like?

TS: Really good. When I came on my visit, that was one of the first guys who I became really close friends with. To play with him has been awesome.

CF: I’ve heard stories about how great of a jumper you are. What is your actual vertical?

TS: I don’t know (Sledge said with a smile on his face).

CF: You ready for Italy?

CF: Have you ever been anywhere like that before?

TS: Nope. It will be a first time experience for me and I’m ready for it.