This Iowa State men’s basketball blog is brought to you by the Iowa Energy! 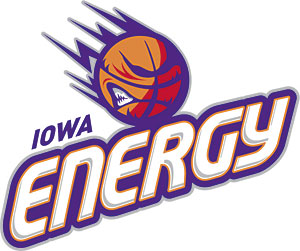 When Melvin Ejim originally committed to Iowa State, I had an idea that he’d eventually be pretty good. When I saw Ejim play in the Des Moines Capital City League this summer, I upped my expectations just a tad. I have to admit that I had no clue Ejim would be Iowa State’s second leading scorer through the first four games of his freshman campaign.

Ejim is averaging 15.3 points per game for the Cyclones and his 22-point performance in Iowa State’s 91-88 win over Creighton on Sunday snagged him Big 12 Newcomer of the Week honors along with Baylor’s Perry Jones.

“He deserves it,” said Iowa State head coach Fred Hoiberg. “He is aggressive. He is slashing to the hoop. He is getting to the free throw line and he understands. He is such a smart kid.”

Ejim’s efficiency is what has made him so valuable thus far for the 4-0 Cyclones. He’s gone 24-of-35 from the field, which leaves him with a field goal percentage of .686. As you’d expect, that is tops on the team at this point. He’s also been in double-figures in all four of Iowa State’s games.

“He showed more in that game yesterday than he has in practice so far,” Hoiberg said. “You like guys who are gamers. When the lights turn on, those are the guys who compete at the highest level. That’s what Melvin has showed.”